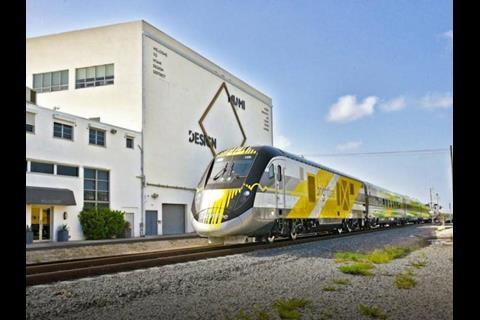 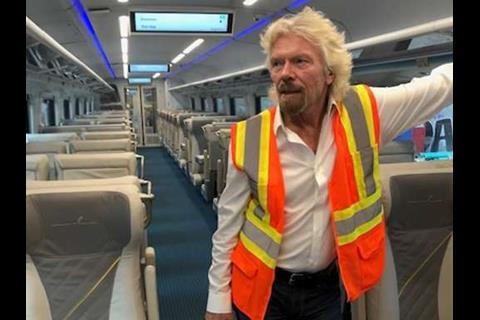 After the offering and concurrent private placements, private equity funds managed by an affiliate of Fortress Investment Group would own approximately 81·6% of the common stock, or 79·5% if the underwriters’ over-allotment option is fully exercised. A Virgin Group affiliate has agreed to purchase less than 2% of the shares outstanding following the offering.

‘Too long to drive, too short to fly’

The Brightline service currently operates between Miami, Fort Lauderdale and West Palm Beach in Florida, with plans to expand to Orlando and Tampa.

Virgin Rail USA has also agreed to acquire the XpressWest project to develop a rail corridor connecting Las Vegas with southern California, and hopes to begin construction this year for completion by Q4 2022 or Q1 2023. The development costs would be funded with the net proceeds from the offering and/or other debt or equity financings.

Virgin Trains USA said it intends the Florida and Las Vegas services to generate ‘meaningful’ profits and to be a scalable model for expansion in other congested ‘too long to drive, too short to fly’ inter-city corridors between highly-populated cities 300 to 500 km apart.