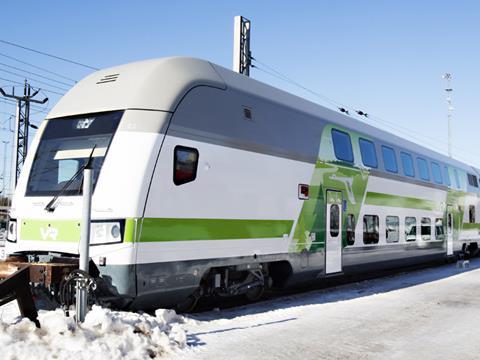 The order for the double-deck vehicles is an option on a €90m contract for 12 driving and 15 restaurant cars which was placed in spring 2011. Testing of the initial batch of driving cars is expected to begin shortly, with the restaurant cars due to enter service in 2014-15.

The driving cars will each have 101 seats and two bicycle spaces. VR expects the introduction of push-pull operation to increase operational efficiency at busy stations including such as Helsinki and Tampere.