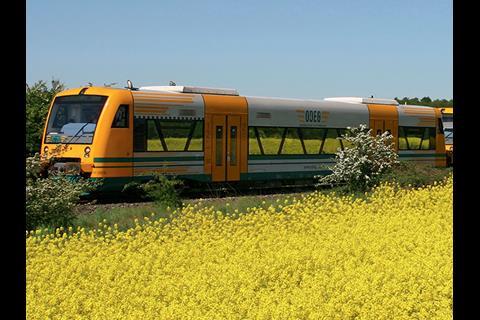 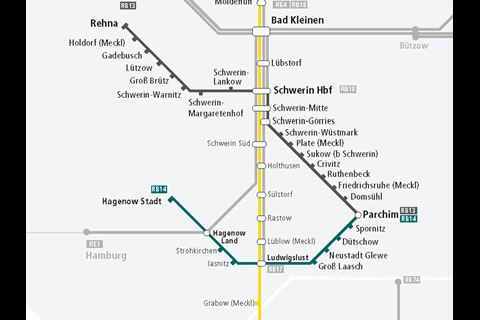 GERMANY: Following an tendering process, the Land of Mecklenburg-Vorpommern announced on March 1 that it had awarded incumbent Ostdeutsche Eisenbahn a contract to continue to operate Teilnetz Westmecklenburg regional passenger services for six years from the December 15 2019 timetable change, when its current contract ends.

The current service will be largely retained, with a train every 2 h increasing to hourly in the weekday peaks, but there will be additional early morning and late night trains. This will increase the total service provision to 1·33 million train-km/year, compared to 1·26 million train-km/year in the current contract which started in 2014.

There will be adjustments to the timetable to provide better connections to long-distance services in Schwerin, and the contract also requires the provision of wi-fi on the diesel multiple-units.

ODEG is owned 50:50 by FS Italiane Group’s Netinera and BeNEX, which in turn is owned 51:49 by Hamburger Hochbahn and INPP Public Infrastructure Germany.