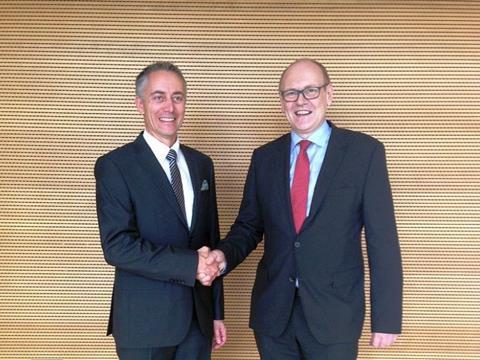 EUROPE: Meeting in Lille on September 30, the Administrative Board of the European Railway Agency voted to appoint Dr Josef Doppelbauer as the next Executive Director, succeeding Marcel Verslype with effect from January 1 2015.

Holding both a degree and a doctorate in physics, Doppelbauer started his career at the Alcatel Research Centre in Wien, Austria, becoming Technical Director in 1997. After moving to Paris as Chief Technical Officer for Alcatel Transport Automation Solutions, in 2002 he joined the Rail Control Solutions division at Bombardier Transportation, where he rose through several positions to become President. From July 2008 to December 2013 he served as Chief Technical Officer at Bombardier’s headquarters in Berlin, being appointed Vice-President, Research & Technology, in January 2014.

Involved with the development of ERTMS since the early 1990s, Doppelbauer is the current Chairman of the European Rail Research Advisory Committee. In 2011-14 he also acted as Chairman of the Steering Committee for the Shift2Rail Joint Technology Initiative, where he represents Bombardier on the governing board.