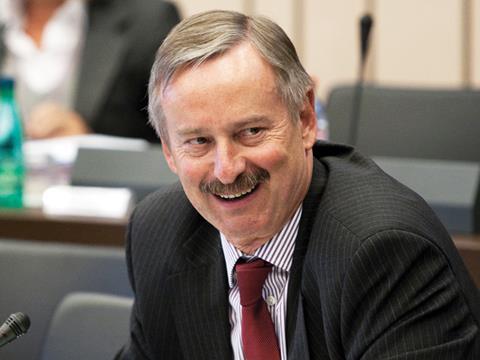 EUROPE: Proposals to ensure open and transparent infrastructure management have been incorporated into the draft Fourth Railway Package, which was finally unveiled by the European Commission on January 30.

The ‘comprehensive package of measures to deliver better quality and more choice in railway services’ had been delayed for several months by strong opposition from some member states opposed to unbundling national railway holding groups and full vertical separation. The legislative proposals must now be approved by the European Parliament and member state governments through the Council of Ministers.

The package is split into four areas:

In order to cut administrative costs for rolling stock authorisation by around 20% and facilitate the entrance of new operators, the Commission proposes that the European Railway Agency should become a EU-wide ‘one-stop shop’ issuing vehicle authorisations and safety certificates for operators. This is expected to save around €500m by 2025.

Domestic passenger services would be opened up from December 2019. Companies would be able to offer ‘competing commercial services’ across the EU or bid for ‘public service rail contracts’ which would be subject to mandatory tendering. The Commission estimates that these currently account for over 90% of all rail journeys.

As well as bringing ‘clear benefits to passengers’, the Commission believes the liberalisation and associated structural reforms ‘could produce more than €40bn of financial benefits’ by 2035 and attract ‘up to about 16 billion additional passenger-km’. Citing experience in markets such as Sweden and the UK which have already opened their markets, it expects to see ‘improvements in quality and availability of services’, rising passenger satisfaction and strong ridership growth. The tendering of public service contracts ‘has shown savings of 20% to 30% for a given level of service’, it reports.

To ensure ‘fair access for all’ and maximise operational efficiencies, the Commission wants independent infrastructure managers operating ‘in an efficient and non-discriminatory manner’, whilst co-operating ‘underpin the development of a truly European network’. It is proposing to strengthen the regulations to ensure that infrastructure managers ‘control all the functions at the heart of the rail network – including infrastructure investment planning, day-to-day operations and maintenance, as well as timetabling’.

The Commission continues to favour full institutional separation, believing that infrastructure managers ‘must have operational and financial independence from any transport operator’, in order to ensure transparency and remove potential conflicts of interest. However, it has now accepted that a vertically-integrated railway or holding group ‘may also deliver the necessary independence, with strict "Chinese walls" to ensure the necessary, legal, financial and operational separation’.

To safeguard this independence, the Commission is proposing to implement a ‘Compliance Verification Clause’ in the opening up of the domestic passenger market. Whereas operators ‘independent of infrastructure managers’ would have immediate access to the liberalised market in 2019, railway undertakings ‘forming part of a vertically-integrated structure could be prevented from operating in other member states if they have not first satisfied the Commission that all safeguards are in place to ensure a level playing field in practice, and a fair competition is possible in their home market.’

The final section of the proposals is intended to address the challenge of attracting staff in a more competitive environment, given that around one-third of all railway employees are expected to retire in the next decade. Whilst the Commission believes that opening up of the rail markets ‘should lead to new and better jobs’, the regulatory framework will enable member states ‘to protect workers by requiring new contractors to take them on when public service contracts are transferred, going beyond the general EU requirements on transfers of undertakings’.

Introducing the package, Commission Vice President for Transport Siim Kallas said Europe's railways were ‘approaching a very important junction’, facing ‘stagnation or decline’ in many markets. This meant ‘a simple choice’ between taking ‘tough decisions’ on restructuring ‘to encourage innovation and the provision of better services’ or accepting ‘an irreversible slide down the slippery slope’ until railways become ‘unaffordable for most in the face of scarce public money’.