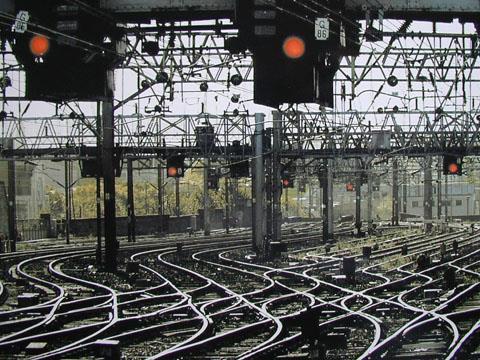 UK: No passenger or workforce fatalities in train accidents have been reported in Great Britain for the eighth year in a row, according to figures for 2015 released by RSSB on March 9. There was an overall decrease in the number of fatalities, while the sustained increase in ridership continued, with 1·68 billion journeys recorded in the calendar year.

Excluding trespass and suicide, there were six passenger, six other public and one workforce fatalities in 2015, compared with three, 12 and three in 2014. The passenger fatalities all occurred at stations, and were falls from platforms, an assault and a person hit by a falling sign. The sole workforce fatality was a railway employee killed in a road accident on the way to a meeting.

The number of fatalities from trespass, suicide and suspected suicide in 2015 was 294, a decrease from 310 recorded in 2014.

‘Our end-of-year figures serve to highlight that despite the increasing challenge of capacity on the network, the UK still continues to deliver one of the safest rail networks in Europe, if not globally’, said George Bearfield, RSSB Director of System Safety. ‘Even though we are pleased to see these results we can’t afford to be complacent as the precursors indicate that the potential for a major train accident remains. As an industry we have to collaborate and work together to understand and manage potential risks, with the safety of all those who interact with the railway remaining at the forefront of our minds.’

The last on-board fatality in a train accident occurred in the February 23 2007 derailment at Grayrigg.