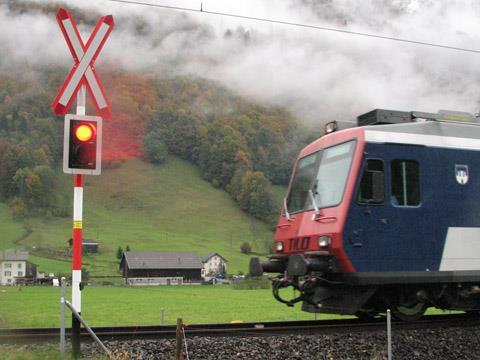 EUROPE: The International Union of Railways has issued its 2016 report on railway accidents in Europe, based on a database established in 2001 which now contains information from 22 infrastructure managers.

UIC said rail remains the safest land transport mode. The last decade has seen an ‘almost continuous decrease’ in significant accidents, defined as involving at least one rail vehicle in motion and resulting in extensive disruption, serious damage or at least one person being killed or seriously injured. Suicides and workshop, warehouse and depot incidents are excluded.

The database contains details of causes, circumstances and consequences. These show that 80% of accidents are attributed to external causes, mostly trespassers and level crossing users. UIC said ‘society as a whole must pull in the same direction’ to reduce accidents. For every 20 fatalities recorded in 2015, one was a passenger or employee and 19 were third parties, mostly trespassers or crossing users.

The most significant accidents during 2015 were a collision between trains which caused 26 serious injuries and three collisions with road vehicles at level crossings with seven or eight victims each. Collisions between trains resulted in a single fatality, a train driver killed after a signal was passed at danger, while for the second year running there were no fatalities from derailments.