The extension would provide interchange to the existing north-south Canada Line at Broadway station.

CANADA: British Columbia’s Ministry of Transportation & Infrastructure has selected an Acciona-led consortium as preferred bidder for a contract to design, build and partially finance the Broadway Subway Project in Vancouver.

The fifth extension of the automated SkyTrain network since 1986, the 5·7 km western Millennium Line extension from VCC-Clark to Broadway and Arbutus will largely run in twin tunnels of 6 m diameter, serving six new stations. The extension is expected reduce current commuting times by around 15 min.

A key element in the Metro Vancouver 10-Year Vision, the extension will provide metro services to an emerging innovation and research hub and one of the province’s principal employment zones, as well as residential communities, helping to relieve traffic congestion along Broadway.

The project budget of C$2·83bn is largely being funded by the provincial government with contributions from the federal government and the City of Vancouver, as well as operator TransLink and local municipalities. Enabling works are already underway, and construction is expected to begin by the end of this year for opening in 2025.

According to the province, the project is being delivered through a design-build-finance model ‘to ensure best value for the people of British Columbia’. Transportation Investment Corp is leading the process on behalf of the ministry, and will provide project oversight.

Tendering for the main works contract began with an RfQ in February 2019, after which shortlisted bidders were invited to submit detailed proposals. This was followed by a ‘thorough’ evaluation of the technical and financial submissions to identify the preferred proponent. The 60:40 joint venture of Acciona Infrastructure Canada and Ghella Canada Ltd will now enter final contract negotiations. 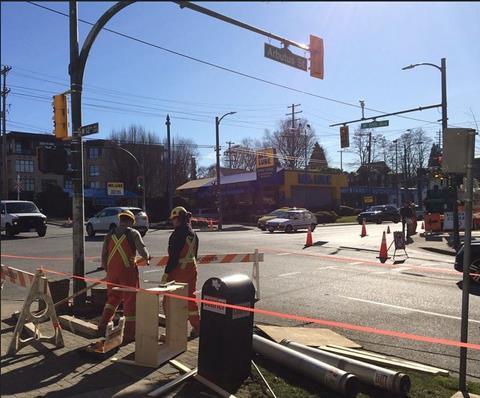 Enabling works for the extension are currently underway at the site of the future Arbutus terminus.

The project is to be delivered under the province’s Community Benefits Agreement, which is intended to increase training and apprenticeship opportunities. The contractors will be expected to prioritise the hiring of local people, Indigenous peoples, women, people with disabilities and ‘other traditionally under-represented groups’, including young people ‘who want to build a career in the skilled trades’.