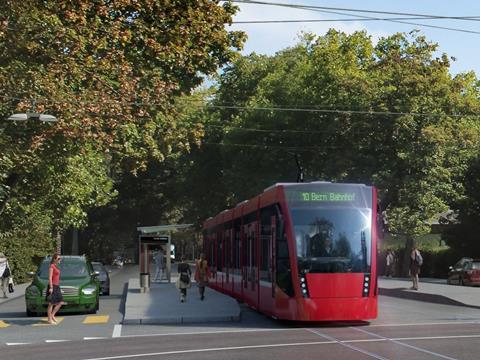 SWITZERLAND: Voters in Bern have approved the canton’s financial contribution towards the construction of a new tram line to Ostermundigen.

The planned 4·2 km line with 12 stops would link Viktoriaplatz in the centre of Bern with Ostermundigen in the east. This would replace most of the existing bus route 10, which is used by 8·4 million passengers a year. Ridership on the new tram route in 2030 is forecast at between 1 600 and 1 700 passengers/h in the peak direction.

Work is due to begin in 2022 at an estimated cost of SFr264m, of which SFr102m would come from the canton. Contributions from the federal government and the municipalities of Bern and Ostermundigen were approved previously.