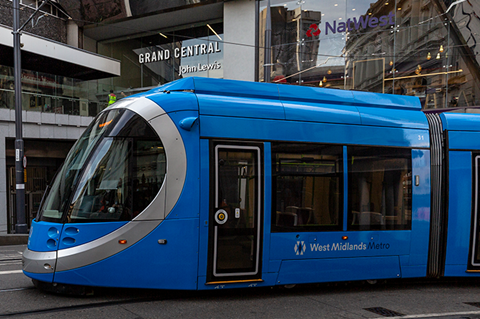 This line would run for 1·7 km from Bull Street in Birmingham city centre to High Street Deritend, with four stops. The extension is intended to support regeneration in Digbeth and connect the tram network to the future High Speed 2 station at Curzon Street.

Issuing the decision on January 15, the Department for Transport said the Secretary of State noted that no party had contested the need for the project, and that it offered ‘very high’ value for money.

The double-track line will feature catenary-free running with the trams operating with battery power.

‘The government inspector recognised the huge benefits the Birmingham Eastside tram extension will deliver, including assisting the regeneration of Digbeth and attracting further investment and jobs as well as offering residents and businesses fast and efficient links to other parts of the region’, said a Transport for West Midlands spokesperson. ‘Our line between Birmingham and Wolverhampton is already undergoing major expansion with construction shortly due to begin on the new line between Wednesbury and Brierley Hill. With this approval TfWM is now looking forwarded to taking the Eastside extension to the next stage of development.’