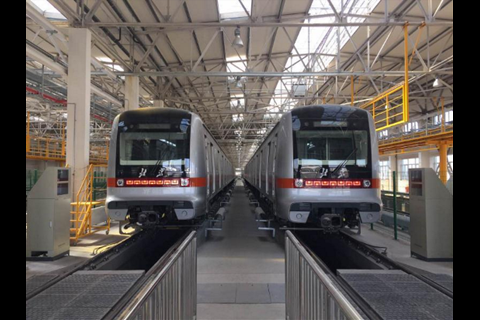 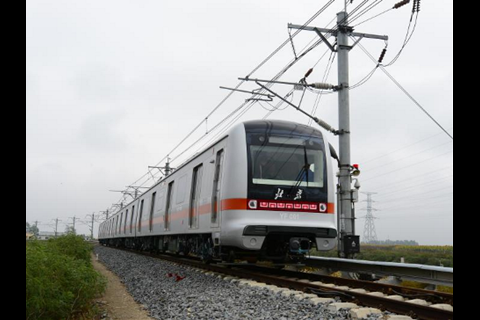 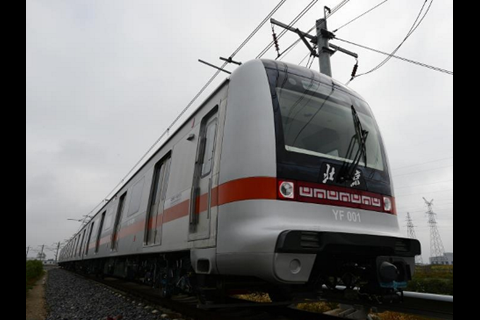 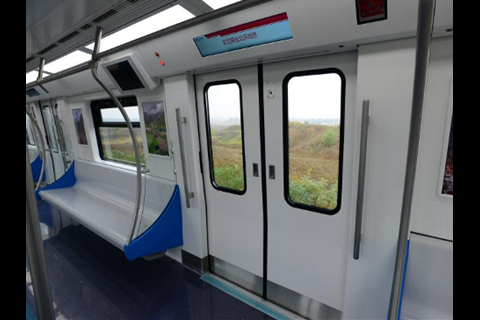 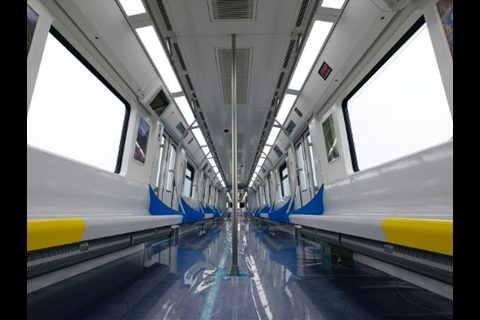 CHINA: December 30 saw a significant expansion of the urban rail network in Beijing, with the opening of a driverless metro line, a maglev line and a tram line. An existing metro line was also extended.

The 14·4 km Yanfang Line becomes the first driverless metro line in the city. Running in the southwest between Yanshan and Yancun East, the nine-station route is operated by Beijing MTR Operation Administration Co.

CRRC Changchun has supplied a fleet of four-car Type B Dolphin trainsets. The stainless-steel-bodied sets have a maximum speed of 80 km/h and operate with on-board attendants. Beijing Traffic Control Technology Co has supplied communications-based train control.

Construction of the Yanfang Line started in February 2016. A 6·1 km branch from Raoyuefu to Zhoukoudiazhen with two intermediate stations is under construction and due to open in 2021.

The eastern terminus of the Yanfang Line offers interchange with the Fangshan Line, which was itself extended by 2·3 km from to meet the new line on December 30. A 4·6 km northern extension from Guogongzhuang to Fengyiqiao South is currently under construction.

The city’s first medium-speed maglev line began revenue service on the same day. Line S1, also known as the Mentougou Line, serves seven stations on an 8·3 km route between Shichang and Jin’anqiao in western Beijing. A 1·6 km extension to Pingguoyuan on metro Line 1 is due to open in 2019.

Construction got underway in October 2013 and passenger-carrying tests started in August 2017. The route includes a short underground section where it crosses the Beijing – Shacheng railway.

CRRC Tangshan has supplied 10 six-car trainsets with a maximum speed of 110 km/h. These are stabled in a depot at the western end of the line.

Modern trams have also been added to the city’s transport mix with the commissioning of the Xijiao LRT. The 8·6 km line serves six stops between Bagou on metro Line 10 and Xiangshan Park in the northwest of the city. There are four tunnels under the main road junctions totalling 1 km.

Services are operated by Beijing Public Transit Tramway Co, with minimum headways of 3 min. CRRC Dalian has supplied a fleet of 31 five-section 100% low-floor bidirectional trams based on the Sirio design under a 10-year technology licensing agreement signed by AnsaldoBreda (now Hitachi Rail Italy) and CNR Dalian (now CRRC Dalian) in 2012.

As 4·4 km of the route is catenary-free, the trams use the Tramwave ground-level power supply on this section. In 2012 Ansaldo STS licensed Tramwave, along with traction equipment and train control monitoring to CNR Dalian and General Resources Company.

The trams are stabled at a depot at Bagou. Able to run in pairs, they have a capacity of 300 passengers and a maximum speed of 70 km/h.