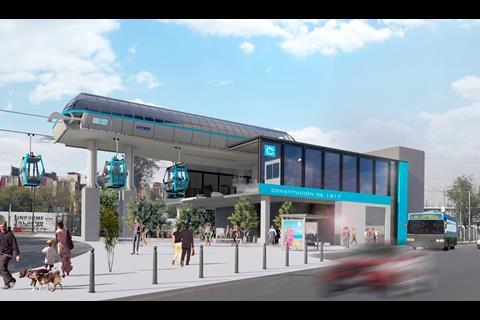 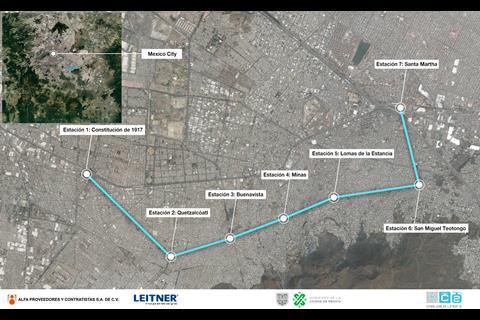 The two routes totalling 10·6 km are under construction in the southeastern district of Iztapalapa at cost of €150m. They will connect Iztapalap to the Line 8’s Constitución de 1917 and Line A’s Santa Martha metro stations, with a total seven stops. They will have a total of 300 cabins, each capable of carrying 10 passengers and the two routes are expected to carry a total of 50 000 passengers/day.

According to Leitner, end-to-end journey times are estimated at 43 minutes, compared to the current 75 minutes by car.

Cablebús 2 is part of the Cablebús project unveiled in 2019, which aims to build 34 km of cable cars routes in Mexico City by 2021. The first Cablebús lines linking Cuautepec – Indios Verdesare and Campos Revolución – Chiquihuite are already under construction by Austrian manufacturer Doppelmayr, and are expected to open by the end of this year.