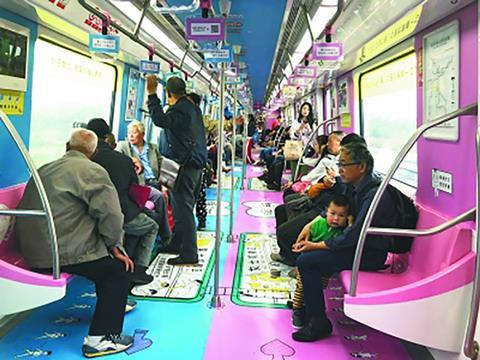 CHINA: Nanjing’s network of suburban metro lines grew with the opening of an east-west route on May 26.

Line S7 runs from Wuxiangshan to Konggangxinchengjiangning, where it meets the north-south Line S1, which has itself been extended 1·5 km south from Nanjing Lukou International Airport. Some services run through from Line S1 to Line S7.

Construction started in July 2014. The 30·2 km Line S7 has nine stations. It runs underground for 1·5 km at its western end and for 8·8 km at its eastern end; the four stations between Zhetang and Wolonghu are elevated.

Services are operated with a fleet of four-car Type B trainsets supplied by CRRC Nanjing Puzhen. Six are currently in operation, with five more to come. These will all be eventually lengthened to six cars. The trains have a maximum speed 100 km/h and draw power from a 1·5 kV DC overhead supply.