COMMENT: Are incumbent state operators expanding their low-cost high speed offer to try and keep new entrants out of a liberalised inter-city market, and how might this fit with European competition policy, asks Railway Gazette Managing Editor Nick Kingsley. 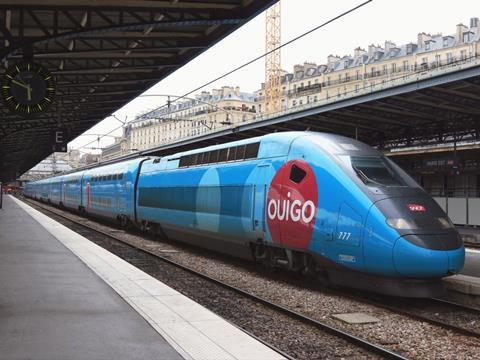 When is a bargain just too good to be true? When it involves getting from one end of Germany to the other by inter-city train for €19, at least in the opinion of State Secretary for Transport Enak Ferlemann. On January 27, he launched a broadside at Deutsche Bahn, telling Mitteldeutsche Rundfunk that some Sparpreis saver fares were too cheap, and that this was at odds with the need to fund modernisation of the national rail network.

As we have reported before, DB is coming under mounting pressure to enhance its performance in its home market, while also delivering on its financial commitments. CEO Richard Lutz had already warned that the national railway would miss its profit target by around €3bn this year.

Lutz’s neighbour, SNCF President Guillaume Pepy, is under scarcely less pressure as France grapples with the twin challenges of implementing European railway directives and the government’s railway reforms. In cold numbers, Pepy says SNCF must find savings worth €4·6bn by 2026, and as we explore in our March issue, the wind of change is already whistling through the French rail sector.

In both countries, the incumbents’ financial pressures arguably reflect the changing landscape created by liberalisation. DB has seen its share of the German regional passenger market shrink over the past 15 years to around 60%, with further contraction seemingly inevitable.

In that context, perhaps it is little surprise that DB has staunchly defended its position in the long-distance sector, partly by aggressive yield management. Open access competitors like Hamburg-Köln Express and InterConnex failed to gain more than a foothold. Today, the HKX and Locomore services survive under the FlixTrain brand, but FlixMobility's plan to complement its limited Köln – Hamburg and Berlin – Stuttgart loco-hauled trains by competing with DB on the Berlin – München high speed corridor was postponed in October for lack of suitable rolling stock.

Echoing growing calls for DB Netz to be fully separated from the national railway group in the interests of transparency, FlixMobility CEO Andre Schwämmlein complained in February that having the infrastructure manager share a corporate identity with the incumbent for-profit inter-city operator was ‘like branding all German highways with a Volkswagen logo’.

Reporting its 2018 results on February 12, FlixMobility said it was ‘observing closely’ the onset of competition in the ‘very complex’ French rail market. Meanwhile, it blames SNCF for using its OuiBus coach business to stifle the competitive threat when the long-distance bus market was opened up in 2015.

SNCF’s expansion of Ouigo is arguably a similar tactic. As its low-cost subsidiary drives down the ‘production costs’ of running high speed trains within France, so the likelihood of a competitor taking on the incumbent is diminished. Having previously invested in open access players such as NTV in Italy and Westbahn in Austria, SNCF can hardly claim that it does not understand how on-rail competition works.

When it comes to the crunch, though, there seems to be real doubts about how far French and German politicians might support more competition, with the concept of ‘champions’ firmly back in vogue. Trade ministers in Paris and Berlin have pledged to work together to ‘rethink’ European industrial policy in light of Competition Commissioner Margrethe Vestager’s decision to block the merger between Alstom and Siemens Mobility. Ironically, competition policy in the supply chain and train operations could collide in spectacular fashion when the first CRRC trains for Czech private operator Leo Express arrive later this year.

Italy has arguably held a torch for the benefits of on-rail competition, with FS Group and NTV-Italo going head-to-head by focusing on quality and growing volumes. Competitive inter-city fares akin to those being offered by DB have been available without the privations of a Ouigo-style low-cost proposition.

It had been widely assumed that FS would be keen to complement its presence in the German and UK regional markets by expanding into France, either by bidding for TER contracts or through open access competition in the high speed segment. It is presumably mere coincidence, then, that after FS mooted the deployment of its ETR1000 trainsets on the Brussels – Paris route, SNCF-controlled Thalys introduced its Izy low-cost service, whereas no such offering exists on cross-border routes to the UK or Spain.

If entrepreneurial new entrants and big incumbents alike are finding it increasingly tough to expand into supposedly liberalising markets, it is difficult to envisage what a competitive rail market in France might look like. Perhaps SNCF’s competitors will emerge from the French state orbit, in the shape of RATP or Transdev.

Similar trends may be discernible in Spain, where open access aspirant ILSA is struggling to obtain rolling stock for its putative Montpellier – Barcelona – Madrid high speed service, yet regionally owned Euskotren has pledged to enter the main line market when the ‘Basque Y’ is completed. We can but speculate as to whether this is quite the kind of competition that Brussels policymakers have spent years trying to foment.