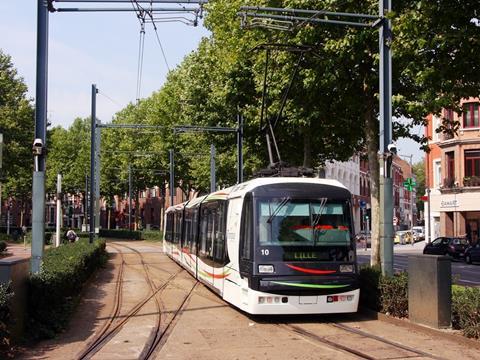 FRANCE: Suburban rail fare integration is among the measures being introduced under a comprehensive reorganisation of the public transport network around Lille to be implemented on January 28.

According to the municipality, seven TER suburban rail routes operated by SNCF Mobilités will be integrated into the fare structure already used for metro, bus and light rail services around the city. The fare integration will see the same zonal fares applied and season passes accepted on local trains, which the municipality says will see the cost of many rail journeys substantially reduced. The measure affects 39 stations and covers 367 daily rail services. This is claimed to be the first such fare integration initiative in France.

Currently branded Transpole, the local transport network will from January 28 be known as Llevia. This rebranding will be accompanied by a number of new initiatives, particularly aimed at improving ‘personalised transport options’ and better linking the city’s VAL metro with other modes.

The Llevia app promises easy booking of demand-responsive shared minibus services running from metro stations to complement existing bus routes, while a ride-sharing service will also be offered. Users will be offered loyalty points for discounted transport access when they use the ride-sharing option, while the operating hours of metro Line 1 are to be extended.