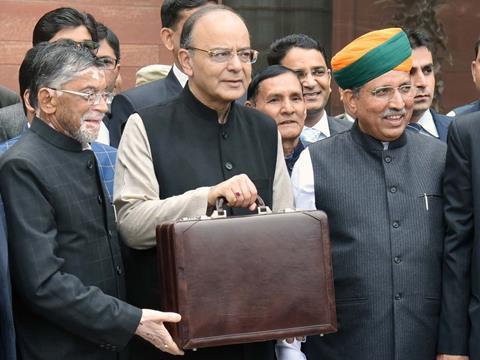 Giving the first unified budget following the government’s abolition of the separate railway budget, Jaitley said the change provided ‘an opportunity to work towards an integrated transport solution in India by synergising road, rail and waterways transport investments’.

He said the four priorities for the railways would be passenger safety, network development, cleanliness and financial reform. Total spending in the 2018 financial year which starts on April 1 is expected to reach Rs1·31tr, including gross budgetary support of Rs550bn.

Responding to recent derailments and collisions, the government has decided to establish a National Rail Safety Fund, with an initial allocation of Rs1tr over five years. Among its priorities will be the elimination of unmanned level crossings from the 1 676 mm gauge network by 2020. There will also be an accelerated roll-out of the ETCS-based train protection and warning system, while international expertise is to be tapped ‘to improve safety preparedness and maintenance practices’.

Network expansion and upgrading is expected to boost capacity by around 10% over the next three years. With 70 projects identified for development, around 3 500 km of new railway is to be completed during FY18, compared with 2 800 km in FY17. Tenders are to be called for the redevelopment of 25 major stations, while funding has been allocated for accessibility improvements at a further 500, including the provision of lifts and escalators. Around 7 000 stations are to be equipped with solar power. Noting that the proportion of ‘cashless reservations’ had increased from 58% to 68%, Jaitley said the current IRCTC surcharge on online ticket bookings would be abolished to encourage greater take-up.

Another priority is to accelerate the retrofitting of bio-toilets in all passenger coaches by 2019. IR had already indicated its intention to cease construction of traditional inter-city coach types over the next 18 months in favour of more modern crashworthy designs.

In the freight sector, IR is to be encouraged to establish partnerships with logistics companies in order to provide ‘end to end integrated transport solutions for selected commodities’. There would be a special focus on customised rolling stock for perishable goods including agricultural products.

Responding to the budget statement, Bombardier’s Chief Country Representative Harsh Dingra welcomed IR’s ‘objective’ focus on life-cycle costs rather than the capital cost of procurement. ‘We are pleased with the concentrated efforts on outlining investments and funding avenues with innovative financing models’, he added, describing the allocation of Rs550bn of public funding as ‘a step in the right direction’.

Dingra also welcomed government efforts to promote the standardisation of metro systems within India, suggesting that the new policy was a ‘win-win for the industry and rail sector’ which would create more local jobs.