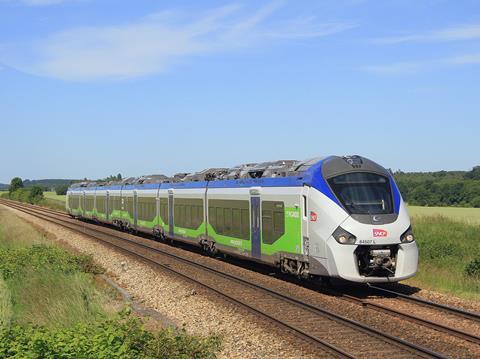 FRANCE: The body which represents the regions of France says that there is a ‘strong appetite’ amongst potential bidders for contracts to operate TER passenger services currently provided by SNCF, which are expected to be opened up to competition around 2024.

In order to enable its members to prepare for competitive tendering, Régions de France held the first of a series of hearings with potential bidders on April 6. These were attended by Arriva, Deutsche Bahn, Groupe Eurotunnel, Keolis, SNCF Mobilités, Thello and Transdev, as well as UTP which represents freight and passenger operators in France. Other potential operators are due to appear in May.

According to Régions de France, all operators believed that opening up regional passenger services to competition would increase the attractiveness of rail in the face of strong competition from other modes and declining traffic. Competitive tendering would also allow more services to be operated and encourage innovation.

The operators also felt that the ideal solution for each region would have to be determined on a case-by-case basis, there being no one model that could apply nationally. In order to be successful, any eventual operator would need to be free to innovate, able to make the necessary changes to improve service quality as well as productivity, Régions de France was told.