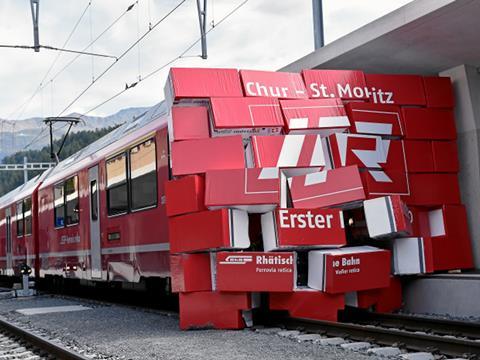 SWITZERLAND: Arrival of a special InterRegio train from Chur marked the opening of the rebuilt Rhätische Bahn station on August 26. The train broke through a polystyrene barrier in front of guests who included Deputy President of the Graubünden Canton Mario Cavigelli. RhB Director Renato Fasciati took the opportunity to announce that within a few weeks all St Moritz – Chur services would be operated with Alvra push-pull trainsets once deliveries were complete.

The SFr66m project to reconstruct the terminus was launched in 2014. With five covered platform tracks, the station meets the latest national accessibility regulations.