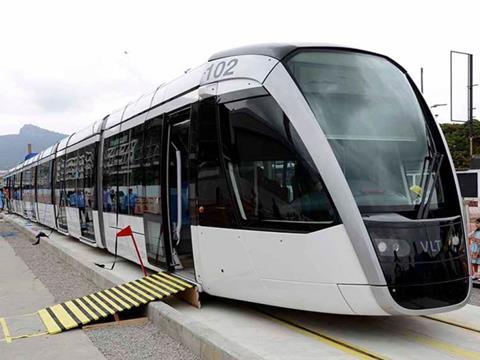 BRAZIL: Federal development bank BNDES announced on August 19 that it had agreed to provide 42% of the R$1∙77bn cost of the light rail network under construction in Rio de Janeiro, making R$746∙5m available to concessionaire VLT Carioca.

The first section of the network is due to enter service in April 2016 in time for the Olympic Games, which Rio is hosting next year, with the second phase following towards the end of 2016. In total, the network will have three lines totalling 27∙5 km, serving a total of 32 stops located 400 m apart.

The network will be operated with a fleet of 32 air-conditioned Citadis LRVs, 27 of which are being built by Alstom in Brazil. BNDES points out that the light rail network will be fully integrated with Rio’s public transport network including metro and commuter rail.

The BNDES funding includes R$35∙3m from the bank’s Climate Fund, as the new light rail network is forecast to avoid 410 000 tonnes of CO2 emissions during the 25-year concession term.