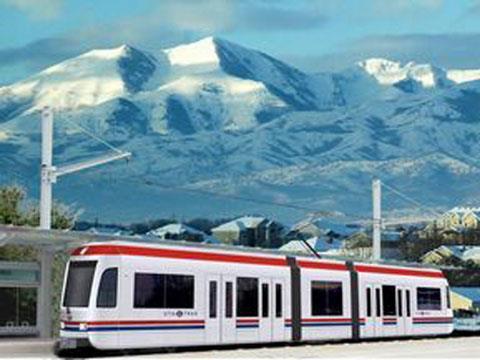 USA: Celebrations are being held in Salt Lake County on August 3 to mark the completion of Utah Transit Authority's Mid-Jordan and West Valley TRAX light rail extensions, with free rides being offered on both routes. The two lines are being built as part of UTA's Frontlines 2015 expansion programme, and will open for revenue service on August 7.

With the start of revenue operation on August 7, the existing TRAX network will be reconfigured as three coloured routes. The Sandy Line between Salt Lake Central Station and Sandy Civic Center will be designated as the Blue Line, while the short eastern branch to University Medical Center completed for the 2002 Winter Olympics becomes the Red Line, but instead of continuing into the city centre services will now turn south and run to Daybreak Parkway run via the Mid-Jordan Line. Green Line services will run from Salt Lake Central Station to West Valley Central. All three routes will share the tracks between Courthouse and Central Pointe.