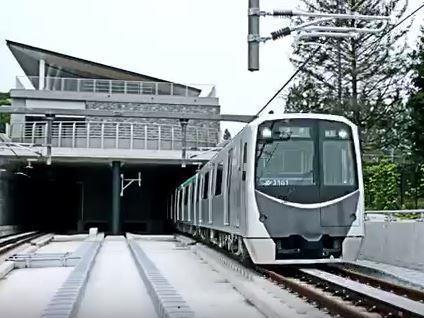 JAPAN: The second metro line in Sendai was inaugurated on December 6 at a ceremony attended by Mayor Emiko Okuyama.

The 13·9 km underground Tozai Line links Arai with Yagiyama-Dobutsu-Koen. Interchange with the north-south Namboku Line is provided at Sendai Station. There are 13 stations on the new line, and the end-to-end journey time is 26 min.

Construction started in 2004, but was interrupted by the tsunami which hit the area in 2011. Accommodation for 20 000 people is being built around Arai station, intended to house those affected by the tsunami.

Services on the standard gauge line are operated with a fleet of 15 four-car Series 2000 trainsets supplied by Kinki Sharyo. Powered by linear motors, the trains are fed from a 1·5 kV DC overhead line.

The Sendai Municipal Government expects initial ridership on the Tozai Line to be 80 000 passengers a day, increasing by 3% per year.