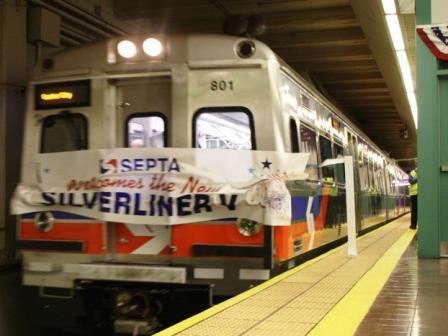 The 120 cars, costing $330m, were to have been delivered at the rate of nine vehicles per month but that schedule may not be achievable. To get the initial EMUs running, workers and materials were diverted from subsequent cars, creating a domino effect on later deliveries.

Production at the assembly facility in South Philadelphia ‘has not gone as originally planned’, admitted SEPTA General Manager Joseph Casey in a message to passengers. ‘We tried rushing to get the Silverliner V cars into service, but there are too many complex systems that need to be tested and accepted. We believe it's more important that things are done correctly now so that the entire new rail fleet will perform at peak levels with a minimum of operational issues.’

The Silverliner V vehicles are intended to replace SEPTA’s oldest trains and provide for some expansion. SEPTA has one of the oldest commuter fleets in North America; the average age is 30 years with the oldest cars around 48 years old.