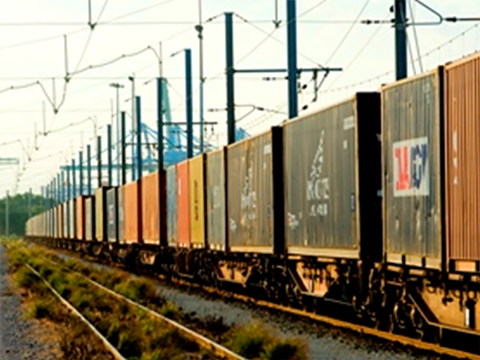 FRANCE: SNCF and Airbus Defence & Space signed a co-operation accord at the Paris Air Show in Le Bourget on June 19.

The agreement last three years and covers the development and adaptation of satellite geolocation technology, based on the EU’s Galileo and European Geostationary Navigation Overlay Systems, for digital rail applications. The partners will initially explore how these tools, already used in the civil aviation sector, could be applied to rail use. The programme forms part of SNCF’s Tech4Rail initiative, which seeks to drive innovation using technology already proven in other industries.

The two organisations will undertake a series of digital simulation exercises with a view to undertaking commercial in-service trials. SNCF hopes the partnership could lead to the development of technology which could be used ‘across the French and European main line networks’, with a specific objective of reducing reliance on ‘historically proven but costly’ lineside signalling equipment.

The company believes that as autonomous transport modes develop, the need for more detailed information about the precise location of vehicles will increase, meaning the ‘high precision and absolute safety will be key parameters for the railway of the future’.

‘We are delighted with this partnership with Airbus Defence & Space’, said SNCF’s Technology Director Pierre Izard. ‘Together we will work to demonstrate a totally innovative concept for train location, and the help of Airbus will be extremely useful as we seek to create a new European standard.’