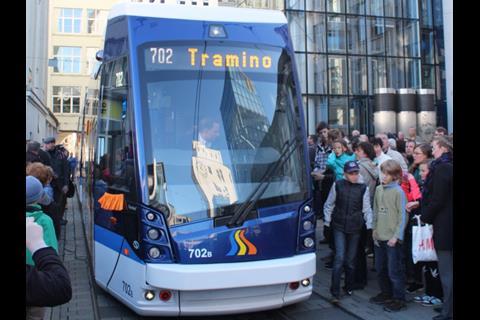 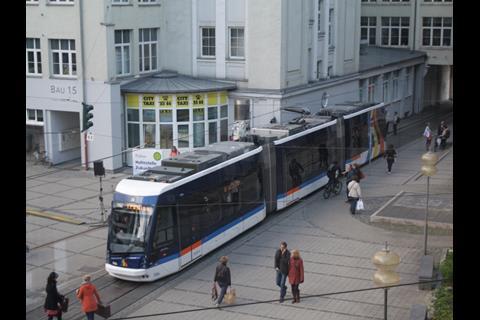 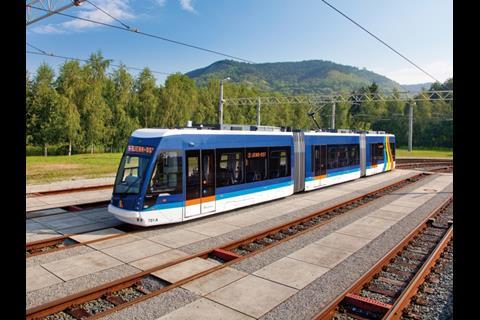 ‘From January 2014 the elegant and timeless design of these vehicles will enrich our city’s landscape’, said Jenaer Nahverkehr Managing Director Udo Beran. ‘The Solaris Tramino trams are an investment in the future, increasing mobility in our city and making life easier for all residents of Jena.’

The 100% low-floor trams are Polish firm Solaris’ first export order and the first from its GTx family. The three-section bi-directional metre-gauge vehicles are 29·3 m long 2 300 mm wide. Each air-conditioned tram has a capacity of 168 passengers, including 61 seated, and include wheelchair spaces. There are four sets of double doors per side, each 1 300 mm wide.