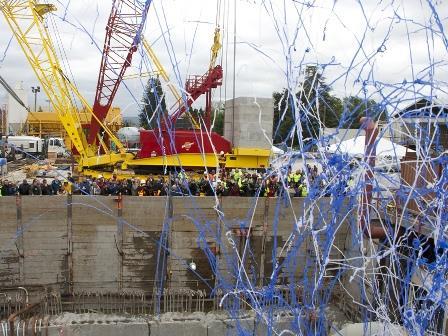 USA: Senator Patty Murray and Federal Transit Administrator Peter Rogoff joined Sound Transit board members in Seattle on May 16 to launch the first of three tunnel boring machines that will excavate the twin tunnels for the 5·1 km light rail link to the University of Washington.

The extension starts in Seattle city centre and runs to the university via an intermediate station on Capitol Hill. Construction began in 2009 and is expected to take seven years. Two TBMs will drive the tunnel from the University of Washington while another will bore the short section from Capitol Hill to the city centre.

An $813m federal grant will fund around 40% of the $1·9bn University Link project, with the remainder coming from state and local sources. Revenue service is expected to start in 2016. Journey time from the university to the city centre will be 6 min.

Sound Transit also plans to extend the line north from the University District to Northgate and Lynnwood, and south from SeaTac airport to South 200th Street in and Redondo/Star Lake. A separate route known as the East Link will connect Seattle to Redmond.