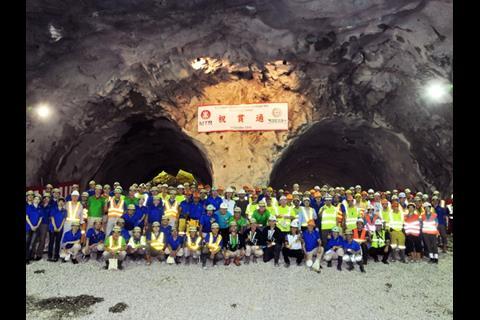 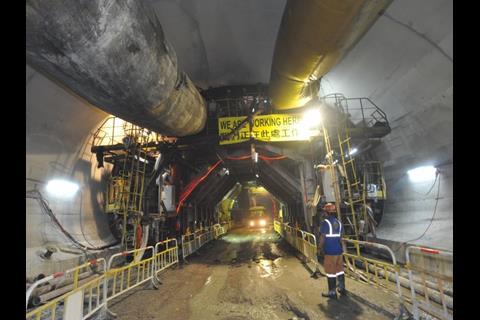 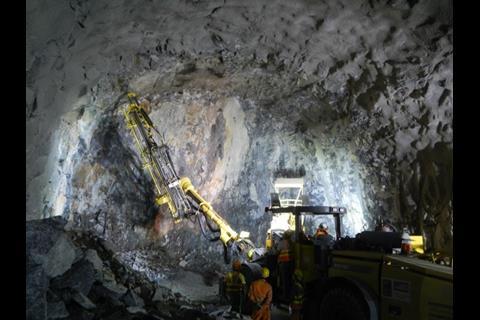 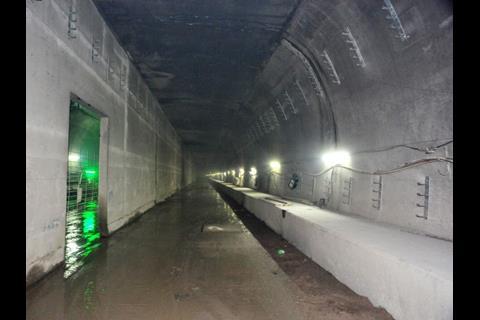 Drill-and-blast works for the 3·2 km tunnel between Admiralty and Ocean Park stations started in August 2012. Around 500 tonnes of explosives were used for 750 blasts, producing approximately 280 000 m³ of excavated material.

Excavation was carried out in a single direction from south to north. Additional grouting and tunnel strengthening were required in the Wan Chai Gap and Magazine Gap fault zones to mitigate the risk of water ingress into the soft materials in the rock.

Around 80% of tunnel lining works are completed, and tracklaying is expected to begin soon.

Work on the 7 km South Island Line (East) began in May 2011. The partly underground ‘medium capacity’ line will link Admiralty and South Horizons with three intermediate stations. Services will operate at peak headways of 3 min.