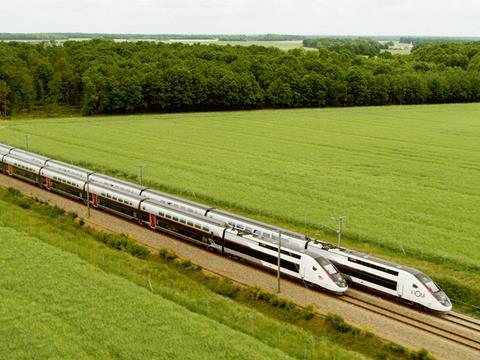 FRANCE: The national railway must refocus on ‘the areas where it has greatest relevance’: transporting large numbers of passengers within urban areas, and providing high speed connectivity between France’s principal cities.

This mission statement is at the heart of a landmark report handed to Prime Minister Edouard Philippe on February 15 by former Air France Chief Executive Jean-Cyril Spinetta. The report was commissioned in October last year by Transport Secretary Elisabeth Borne, and Spinetta was given a wide-ranging remit to assess the future of the French rail sector in the context of SNCF’s ongoing indebtedness, and the requirement under the EU’s Fourth Railway Package to liberalise the domestic passenger market.

The review is the latest in a series of attempts over recent decades to reform the French rail sector, and in particular tackle the special legal status of railway employees. Spinetta says the onset of competition ‘presents a unique opportunity’ to address ‘an urgent situation’.

He suggests that ‘clearly the rail mode is not in decline’ and points to wider societal trends including environmental factors and urbanisation which should ensure a sustainable business in the future. However, this should not mask that fact that the current network ‘is unsatisfactory’, costs are rising ‘ceaselessly’ and, despite the reforms initiated in August 2014 that saw SNCF restructured as a ‘public railway group’, the funding model for the railway remains ‘seriously and fundamentally unbalanced’.

Towards a smaller network

In addressing the cost issue, Spinetta pulls no punches, arguing that France is ‘unique in Europe’ in allocating around 15% of its annual rail funding to routes that carry ‘just 2% of passengers’. He urges that ‘a new model for rural transport must be found’, and advocates a wholesale review of SNCF Réseau’s regional and secondary lines. This funding should immediately be reallocated to renewing infrastructure at key hubs and on high-volume conventional lines, and ‘this must be a priority for the next 20 years’, he says.

The report endorses the role of high speed rail in linking cities ‘with speed and capacity that cannot be matched by other modes’. Rail will continue to provide ‘a backbone in an era of new mobility options’, but nevertheless he sees limited scope for the construction of more high speed lines. ‘This would take the TGV model beyond economic sense’, Spinetta says, suggesting that 3 h remains the optimal journey time for high speed services.

The report underlines that the 2014 reforms ‘have not been sufficient’ to cope with the challenges of SNCF’s mounting debt. Currently, both SNCF Mobilités and SNCF Réseau are structured as EPICs (Etablissement Public Industriel et Commercial), which ‘ties them unequivocally to the state’.

In the case of the operating business, EPIC status is likely to be incompatible with EU rules on state aid. It also prevents the infrastructure manager from managing its debt burden in a truly commercial fashion. Spinetta recommends that both organisations be restructured as commercial companies (sociétés anonymes), with the state as sole shareholder.

The Fret SNCF business should be spun out into a subsidiary company, but its accumulated debt of €4·3bn would largely be retained by SNCF Mobilités. This would enable a renewed effort to stabilise the business, which continues to make heavy losses despite disposing of more than two-thirds of its rolling stock and staff since 2008.

Looking at the wider rail freight sector, the report recommends that the government should look again at taxation options which would recognise rail’s environmental advantage over other modes, following the abandonment of the proposed national ‘ecotax’ on heavy goods vehicles.

No less controversial is Spinetta’s call for the creation of a ‘new social contract’ with SNCF staff which would help the incumbent adjust to a competitive market. The report recommends that newly recruited staff should no longer receive the special legal status of cheminot, and suggests that SNCF starts to prepare over the next two years a plan for large-scale voluntary redundancies as part of its modernisation programme.

Spinetta expects on-rail competition to emerge on the high speed network from 2019, and for the regions to begin tendering their local trains from 2023. In high speed, he sees potential problems ensuring the viability of services in a market which could become ‘diluted’, while new entrants would face difficulties in assessing a business model that could endure over the 30-year life-cycle of their rolling stock. A major hurdle for regional tendering could be the transfer of staff to new operators; this may require specific legislation, he anticipates.

Spinetta recognises that in recent decades, industrial relations across the SNCF group have been characterised ‘more by conflict than consensus’, and he is under no illusions ‘that change will come quickly’.

Nevertheless he is adamant that reform must happen, bringing railway staff onto broadly similar terms of employment to those in other utilities. Progress will only be made, he suggests, ‘if the staff themselves start to rethink their working practices in a way that puts their skills and knowledge at the heart of a competitive business’. He believes that railway staff ‘will be the principal actors’ in renewing the national railway, which will require ‘an effort of unprecedented co-operation’.