2020 Railway Forum to focus on investment opportunities, logistics and technology 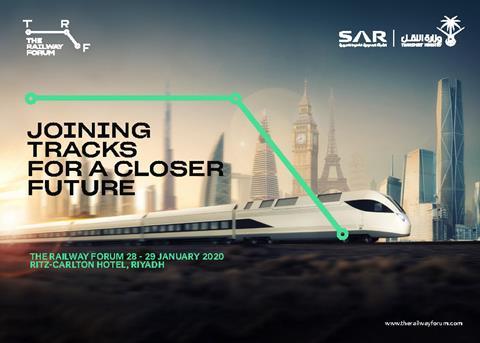 Saudi Railway Company (SAR), in co-operation with the Ministry of Transport, is racing to prepare for the 2020 Railway Forum, under the generous Patronage of the Custodian of the Two Holy Mosques, King Salman bin Abdulaziz Al-Saud. The event has garnered the interest of ministers, leaders and influential figures in the transport industry from different countries around the world. It is yet another achievement to be added to the Kingdom of Saudi Arabia’s economic renaissance in various fields, the most important of which is the transport sector — one of the pillars of the Kingdom’s 2030 vision.

To be held at the Ritz-Carlton Hotel in Riyadh on January 28 and 29, the forum seeks to showcase the latest findings of the railway and transport industries, and to elaborate modern national programmes to develop the railway sector. It will expand the horizons for co-operation between international companies offering the capabilities to meet the requirements of development and growth in the transport sector via railways.

The forum aims to shed light on the development and growth of the railway sector in the Kingdom, and to highlight the Kingdom’s role as a major center for transport services in the region, in order to attract pioneering investments with local and global partnerships. This will place the Kingdom’s railway sector on the global map, attracting pioneers in the transport sector, and creating an international platform where participants can present new concepts, exchange successful experiences, put forward distinctive ideas, learn about modern technologies in the rail sector, and meet influential people. 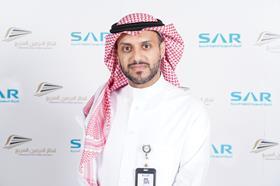 According to Mr Ammar bin Ahmed Al Nahdi, Director General of Corporate Communications & Marketing at SAR, the first day of the forum will include a discussion session entitled “Towards 2030”, in which His Excellency the Saudi Minister of Transport Eng. Saleh bin Nasser Al-Jasser will take part with a group of transport ministers around the world. This will be followed by in another similar session in which CEOs from the most prominent international companies will participate. The second day will include three presentations, the first of which will be related to “safety and security in the railway industry”.

Al-Nahdi thanked the partners who are sponsoring the event, including the Saudi Arabian Mining Company (Maaden), the Etihad Rail Company, SABIC, the Bahri Company, the Public Authority for Transport and others.

Established in 2006 by the Public Investment Fund to implement a railway project linking the north of the Kingdom to its east and centre, Saudi Railway Company (SAR) benefits from efficient operation and management in accordance with economic operating standards and international safety and performance standards. The most recent achievements of SAR have been the launch of passenger services on the North Line in 2017 and serving the Two Holy Mosques in 2018. The company operates one of the longest trains in the world, with a length of 3 km. It runs the largest network of trains around the world using ETCS Level 2, and owns all operating assets – both fixed and movable – for all rail transport projects linking cities in the Kingdom. The railway industry will play a major role in supporting the renaissance of the country and diversifying its sources of income. The localization of operations and management of the rail sector will create opportunities for Saudi youth, and achieve the principle of sustainability for the transport sector in the future.