Thales’ latest product innovations will transform journeys in and around cities 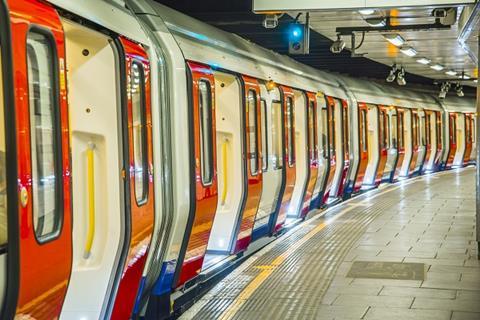 Thales unveiled the latest version of its world-leading Communications Based Train Control (CBTC) solution with the release of SelTrac™ G8.

Designed for urban rail, metro and light rail networks and deployed worldwide, SelTrac™ can be continuously and progressively enhanced to take advantage of the latest technologies.

The new digital architecture supporting G8 marks a recognition by Thales that whilst rolling stock may have a lifespan of 40-50 years or more, train control electronics becomes obsolete more quickly. New train functionalities can be difficult and sometimes impossible to add without starting from scratch; SelTrac™ G8 is designed to solve these problems with its new platforms and architecture, allowing customers to benefit from lifelong upgrades. This includes metro systems operating on previous versions of SelTrac™, as the G8 platform can be provided as an upgrade to existing SelTrac™ systems. Thales Product Strategy Director David Dimmer also explained that this eighth generation of its CBTC solution “Is an autonomy-ready train control system which signals the beginning of a new era in the evolution of rail transport.”

CBTC has been delivering successful rail signalling solutions around the world for almost 40 years! Thales’ new digital architecture developed for G8 uses a common hardware platform, with software layers that allow it to be deployed in a number of different configurations for a wide-range of applications; a full CBTC system for one customer and a standalone interlocking for another, ready for a software upgrade to take it to CBTC in the future.

SelTrac™ G8 components can also be deployed on legacy systems improving lifecycle cost management and reducing the need to replace entire systems when just one part becomes obsolete. A major proponent of G8 is minimising the amount of wayside equipment with a new object controller, used to control points and other infrastructure, that is configurable and flexible. This also reduces the need for access to the tracks for maintenance, which is particularly important for metro systems operating 24 hours a day, seven days a week.

G8 implements an entirely new step-change in the use of CBTC radio technology, needing to meet customer requirements and communication networks. The introduction of what Thales calls “a radio agnostic capability” for the system, means that the best radio technology for each application can be adopted. G8 supports traditional unlicensed bands such as 2.4 or 5.9 gigahertz, public or private LTE (Long Term Evolution) networks and future systems based on 5G or other emerging technologies.

G8 supports multiple radio technologies, increasing flexibility for migration to new systems, the best technology for a specific environment can be deployed and the amount of equipment needed on the trackside can be minimised. For operators, the ‘capex’ (capital expenses) of installing their own radio network can be traded off against the monthly ‘opex’ (operating expenses) of using public available networks.

G8 also supports the use of multiple communication technologies on the same system, configured to ‘flip’ to the most robust option where available. This also allows for trains to use current communication technology in the new section of a line which supporting legacy communication in the older section of a line; Thales calls this the “modular communication gateway”, isolating communication links from the on-board control system as part of its drive to improve cybersecurity. “Cybersecurity is always top of mind.” David Dimmer explained “Threats are evolving and Customers require rapid access to cybersecurity services, including full security audits so that they know that their operations are always fully protected.” 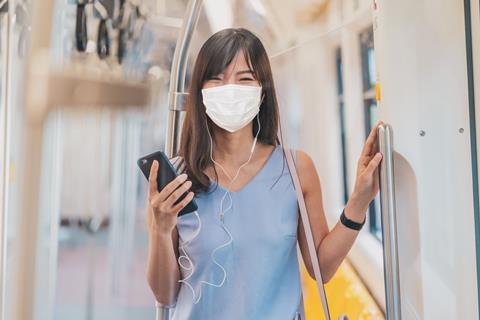 The ability to transmit more data with reduced latency is not only vital to ensure that there is regular communication between the signalling system and trains, but where the bandwidth permits, additional capacity can be used for diagnostics, passenger information and security video. These are all key aspects that improve passenger safety and security, as well as monitoring passenger loading.

“Having that transport medium and mechanism to securely send that level of data provides a lot more visibility into services that we provide, like preventative maintenance, troubleshooting and diagnostics.” said Product Strategy Director David Dimmer.

Knowing that a train is running in degraded mode can allow signalling systems to make decisions based on the impact this will have on other services. However, fully automated systems can have a spare train that could be activated and ready to take over a service at an appropriate location.

The ability to handle more data and see a wider picture of system performance is another strong aspect of SelTrac™ G8; this enables more advanced functionality in terms of diagnostics, preventive maintenance, and performance management. Improved decision making, which ensures that the fewest number of passengers are affected by any disruption and that service recovery is achieved as quickly as possible.

If you don’t have the data, you can’t make those decisions correctly.” said David Dimmer. “The more operators understand about the possibilities that open up by the improved flow of data, the greater the desire to upgrade their systems. The modular and digital architecture of G8 means this is possible, rather than being locked in for a decade or more until a full system upgrade, with the costly replacement of hardware, is required.”

Another aspect of SelTrac™ G8 is the introduction of ‘Next Generation Positioning’ technology, the first step on the path to train autonomy. Whereas a traditional CBTC system positions the trains by reading transponder tags in the tracks, next generation positioning uses advanced methods to position trains. A pilot ‘proof of concept’ trial in New York City proved that the new sensor technology without requiring equipment installed on tracks or underneath trains.

The Next Generation Positioning System (NGPS) as a whole provides train location, speed, direction and stationary status via modern sensors mounted on the cab or the front of the train. The elimination of undercarriage mounted positioning equipment reduces installation effort, increases reliability and lowers overall life cycle costs.

The new system combines sensor input from radar, inertial measurement units and wayside landmarks, such as beacons or reflectors, then builds a reference map of the guideway. GPS signals can be used with the system where available. This allows the CBTC system to know its exact position at any time, based on these references.

Achieving full certification that satisfies safety bodies hinges significantly on the accuracy and reliability of the system; the evidence from the tests done in New York City proved that positioning accuracy at platforms, where stopping points can be safety critical, can come down to a few centimetres. Put together the simplified on-train and trackside equipment will significantly improve the business case for a move to the new CBTC system. 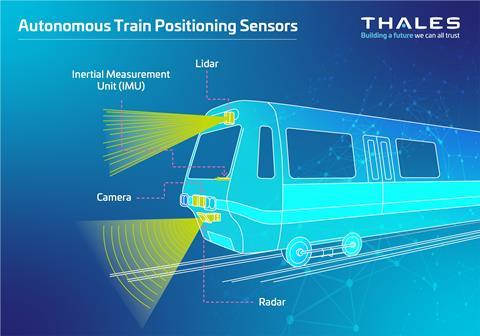 “Another major benefit of the Next Generation Positioning system comes from how we install it on the track; we don’t have to put down as many assets or tags on the wayside, so we can deploy it a lot more quickly and the benefits come much faster.” said David Dimmer. “The benefits extend to the trains where there won’t be a need to get underneath to change antennas or tag readers. Implementation can be a lot quicker; the trains can be deployed a lot sooner; maintenance becomes easier and the life cycle costs of CBTC systems can be significantly reduced. If you start spending money now you will start to see a return much quicker than waiting for a three year or five year rollout; it improves the business case for the operator.”

SelTrac™ G8 is designed to be the first step in a journey toward the future train autonomy; the move towards what Thales describes as “more train-centric” systems when an onboard controller can identify its train’s position and how this relates to other trains. It means autonomous operation is becoming a viable proposition. “G8 is the first system that processes the range of information provided by sensors on the trains themselves. That’s pretty exciting.” said David Dimmer.

SelTrac™ G8 is scalable and upgradeable. Legacy systems can be upgraded with G8 components; customized services can be added as the software evolves. “G8 continues with the SelTrac™ legacy of providing network performance and low life cycle costs of systems that span up to 30 years.” said Product Strategy Director David Dimmer. “New technology and architecture mean we will continue to improve our customer operations and reliability even further.”

More information can be found here.