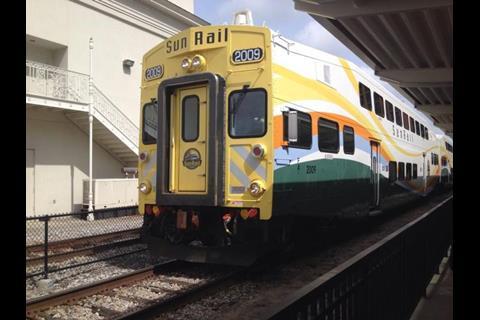 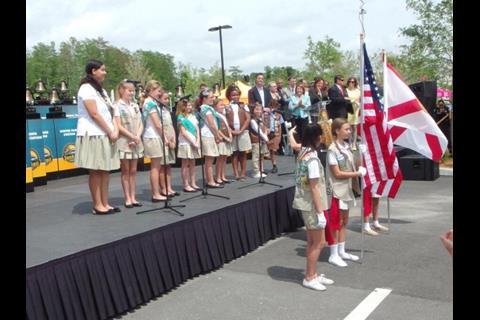 The 50 km first phase from DeBary to Sand Lake Road in Orange County serves 12 stations. Construction began January 2012 and included double-tracking the line which the state bough from CSX in November 2011, resignalling and construction of an operations control centre.

The federal government is contributing 50% of the $357·2m construction cost through a $178·6m grant. The remainder is shared equally between the state and local authorities.

Services run every 2 h off-peak, and every 30 min in the peak. In addition to single tickets, rechargeable SunCard smart cards will be available for weekly, monthly and annual season tickets.

The second phase would extend the service north to DeLand and south to Poinciana, taking the line to 98 km and adding a further five stations.