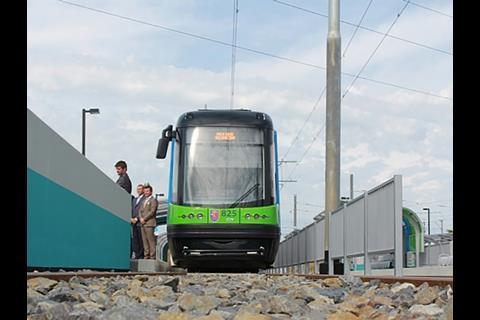 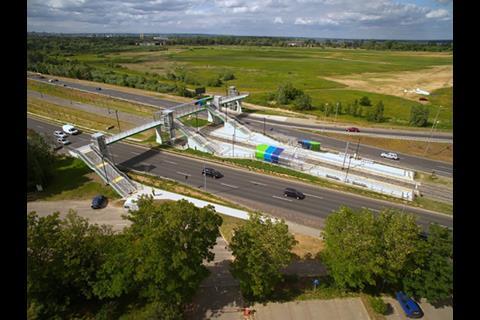 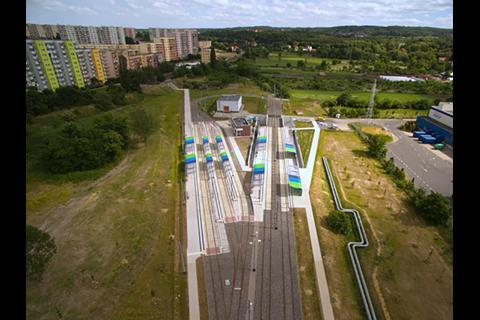 POLAND: Regular services on a new tram line on the right bank of the River Odra in Szczecin began on August 29, ready for the start of the new school year and two days after the inauguration ceremony.

Agreements for construction of the first phase of the new line were signed on April 11 2013. The population on the right bank has increased to 80 000 since the former tram service in that part of the city ceased in 1945, and the Pionierów Miasta Szczecin bridge which opened in 2003 was built with provision for trams.

Civil works for the line were undertaken by a Mytoll-Strabag consortium, with 86·2m złoty of the 188·5m złoty cost being met from EU sources.

The first phase comprises 4 km of double-track line with four stops from the Basen Górniczy loop to ul Turkusowa. This is served by extensions of existing routes 2, 7 and 8. As with the rest of the city’s network, the extension is designed for single-sided unidirectional trams. The new line is fully segregated and designed for operation at speeds of up 70 km/h, giving a 15 min journey time compared to rush-hour road journey times of around 30 min.

To operate the extended network, Tramwaje Szczecińskie had purchased 22 five-section Pesa Swing trams at a cost of 150m złoty.