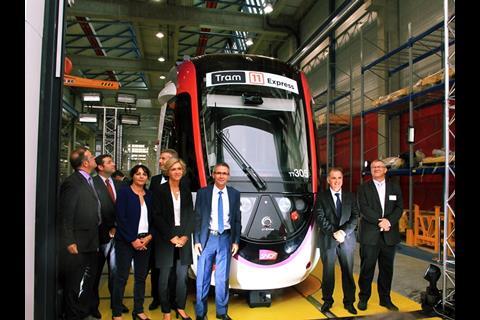 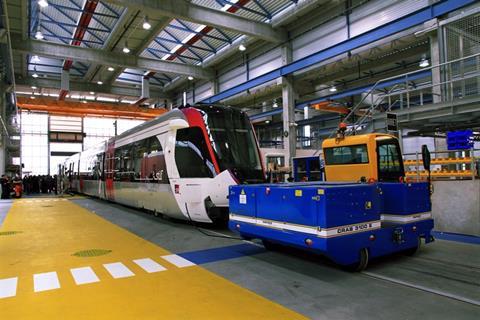 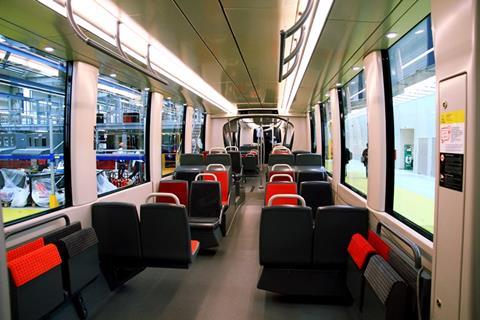 FRANCE: On September 15 Valérie Pécresse, President of the Ile-de-France region and transport authority STIF, joined SNCF Transilien Director General Alain Krakovitch and other dignitaries to officially open the depot at Noisy-le-Sec that will maintain the fleet of 15 Alstom Citadis Dualis tram-train vehicles being supplied for T11 Express.

Deliveries are due to be completed by the end of this year, and with railway infrastructure work now finished, driver training is scheduled to commence in November. Under Phase 1 of the project, T11 Express services are due begin operating over the 10⋅6 km between Epinay-sur-Seine and Le Bourget in July 2017.

Infrastructure work for the project has included the construction of three new stations and refurbishing a further seven on a section of the Grande Ceinture freight belt route around Paris. The total cost of €603m has been met by the Ile-de-France region (47%), central government (27%), SNCF (24%) and the départements of Seine Saint-Denis (2%) and Val d’Oise (1%).

STIF has funded the acquisition of the T11 Express tram-train fleet at a cost of €83m. It will also be responsible for meeting the operating costs of route which is expected to carry 42 000 passengers/day.