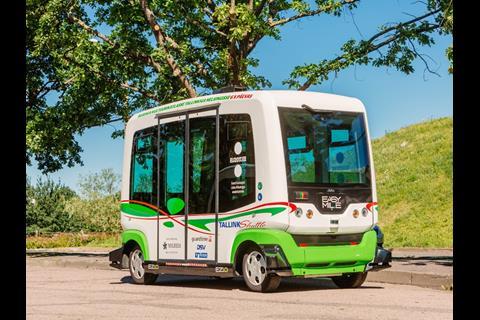 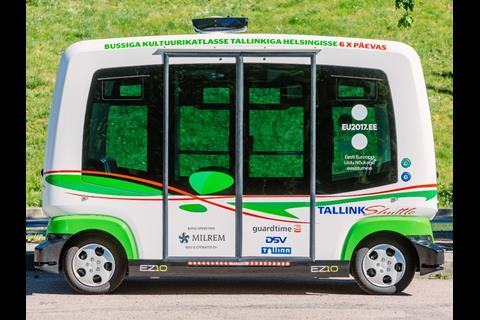 ESTONIA: Two driverless shuttles arrived in Tallinn on July 14 ahead of entry into passenger service at the end of the month.

Tallinn Transport Department will prepare a 1 km route between Viru Square and the Kultuurikatel Tallinn Creative Hub, which is the main site of the Estonian EU presidency. Services will be free and will have an onboard attendant in addition to up to eight passengers.

Easymile has supplied the shuttles, and they were transported from France to Estonia by DSV. They will be operated by Milrem, and Guardtime will be responsible for cybersecurity. Other project partners include ferry operator Tallink and Microsoft Estonia, which is co-financing the project.

‘We want Estonia to be among the first countries to embrace driverless technology’, said Johann Peetre, Executive Director at the Transport Development & Investments Department of the Ministry of Economic Affairs & Communications.