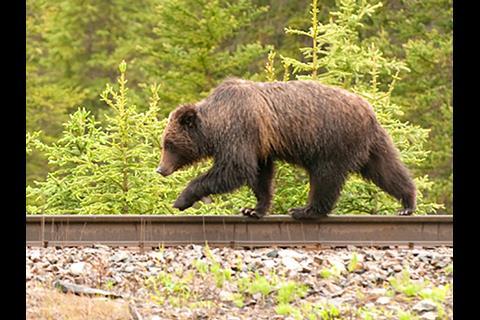 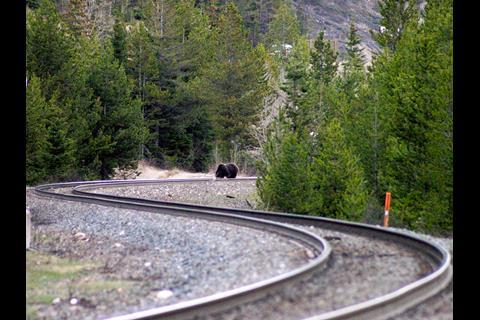 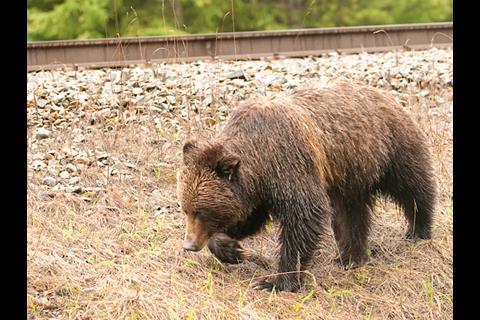 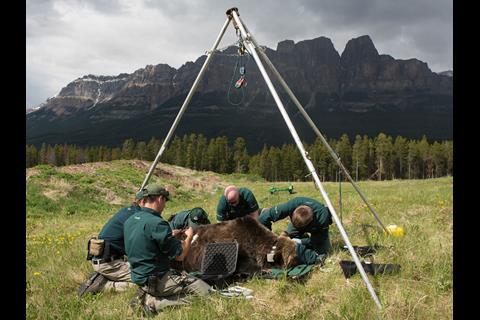 CANADA: A five-year study to identify and address the underlying causes of collisions between grizzly bears and trains has been completed by Canadian Pacific, Parks Canada and the universities of Alberta and Calgary.

There have been 10 confirmed rail-caused grizzly bear mortalities in the Banff and Yoho national parks over the past decade, and the partners believe that while the risk cannot be eliminated, it can be reduced.

As part of the study, grizzly bears fitted with GPS collars were tracked by the researchers to identify where, when and if possible why they used railway alignments. It was found that there were many reasons, and as a result there is no simple solution to reducing collisions.

Fencing the railway is impractical and would disrupt habitats, but other ‘targeted and science-based’ mitigation measures which could decrease the risk of collisions were identified:

CP provided a C$1m grant for the project, which is also expected to benefit black bears and other wildlife. ‘CP is pleased to have taken a leadership role on this initiative, the results of which will also assist other railways in better managing their own relationships with wildlife’, said Glen Wilson, CP’s Assistant Vice-President for Environmental Risk.