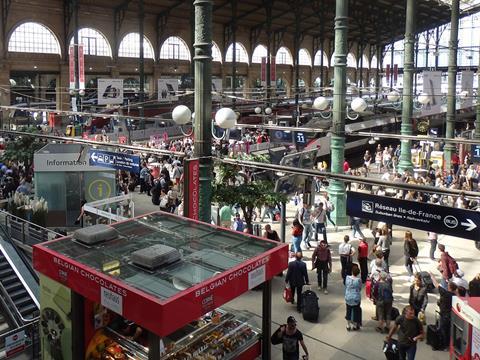 FRANCE: The Safe Autonomous Land Transport project to test the use of technology to automate train drivers’ observation functions has been launched by the SystemX digital engineering research institute in partnership with SNCF and Alstom.

Drawing on the scientific expertise of the Université de Technologie de Compiègne, the project aims to combine radar, lidar, cameras and other sensors with artificial intelligence to automate functions including identifying signals, noticing a passenger on a platform, monitoring defects on a passing train and spotting objects on the track.

The system and its operating environment will initially be modelled in a laboratory to test the technology choices and carry out an iterative preliminary virtual validation. This will be followed by tests using an SNCF locomotive between Villeneuve Saint-Georges and Montereau.

‘At SystemX, our teams have recognised expertise in the field of artificial intelligence and methodologies for the processing of images applied to transport, as well as expertise in virtualisation and simulation to validate and certify the security of these types of systems’, said Eric Perrin-Pelletier, Managing Director of SystemX, when the project was officially launched on April 7. ‘Our agility and speed of execution will enable us to produce an automaton in less than 18 months, then carry out its functional demonstration on site within 24 months at most.’

Pierre Izard, Chief Technology & Rail Systems Officer at SNCF, said the project was ‘at the heart of the strategy for the technological renewal of the railway system’, and would ‘enable us to prepare the train of the future by investing in the detection of obstacles and signalling.’

Pascal Cléré, Senior Vice-President of Alstom's Digital Mobility division and President of System X, said it was possible to ‘imagine driving of the future, which will one day go as far as to acquire full autonomy.’