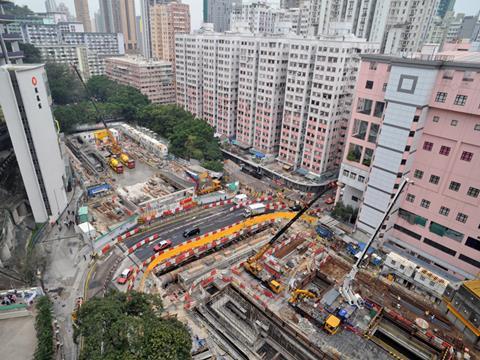 CHINA: Hong Kong's MTR Corp held a topping-out ceremony for Kennedy Town station on April 10, the first of three stations being built as part of the West Island Line project.

'This is a really exciting moment in the construction of the West Island Line', said MTR Corp CEO Jay Walder. 'We're turning an important corner to start putting in the railway systems and facilities that will allow us to operate trains all the way from Chai Wan to Kennedy Town'. He added that 'building a railway in a densely populated area such as Western District is full of challenges.'

Construction of the 3 km extension of the Island Line began in July 2009, and 73% of the civil works have now been completed. Topping out of the University of Hong Kong and Sai Ying Pun stations is expected shortly. Opening is scheduled for next year.