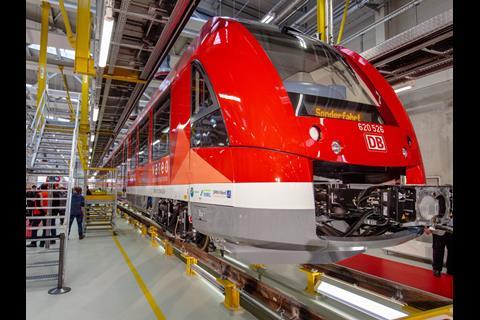 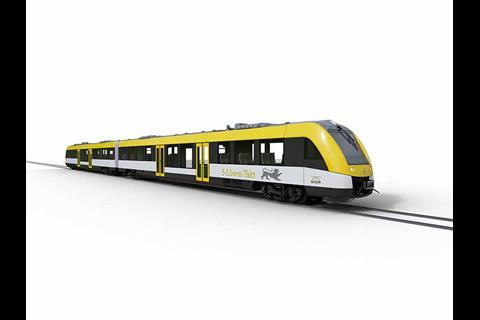 DB Regio Bayern has placed a €93m order for eight Coradia Lint 41 DMUs with 125 seats and 12 of the longer Coradia Lint 54 units with 150 seats. These are scheduled to enter service on the Dieselnetz Ulm network in two batches, with 15 arriving in autumn 2020 and the rest in autumn 2022.

Hohenzollerische Landesbahn has placed a €23m order for five Coradia Lint 54 DMUs for use on the Bodenseegürtelbahn network in Baden-Württemberg. These will be identical to units which HzL ordered last year for the Ulmer Stern network, and are expected to be delivered together with the main fleet in June 2019.

The two-car DMUs will have a maximum speed of 140 km/h, entry height of 620 mm, 18 bicycle spaces and seats in a ‘comfortable, spacious’ arrangement with almost every fixed seat having a table for laptops. They will also have CCTV, wi-fi and an entertainment and passenger information system with static and dynamic information monitors.