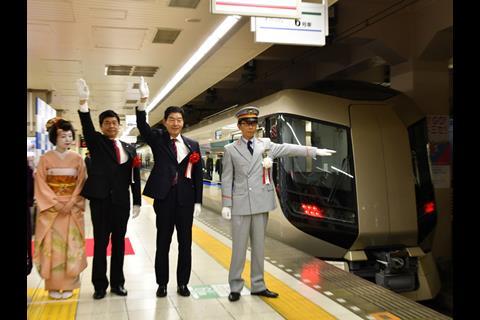 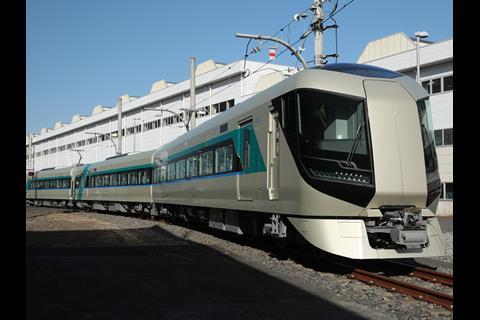 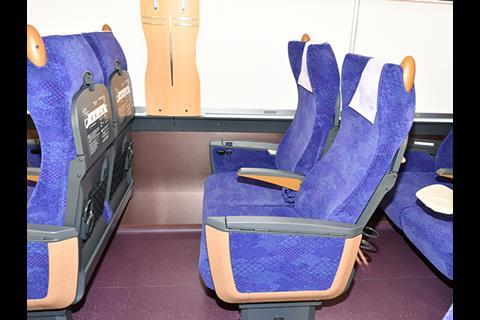 JAPAN: Tobu Express put eight Series 500 electric multiple-units into traffic on limited express services with its timetable change on April 21. The three-car EMUs are equipped with retractable end gangways and are designed for easy splitting and joining to enable multiple destinations to be served from Tokyo’s Asakusa station.

The 1 067 mm gauge 1·5 kV DC units were ordered from Kawasaki Heavy Industries in April 2015, as the railway’s first new limited express stock for 26 years. They will operate services from Asakusa to the Nikko National Park, with portions for Tobu-Nikko and Aizu-Tajima, splitting and joining at Shimo-Imaichi. The services will be branded as Revaty, derived from the English words Variety and Liberty.

The EMUs have been styled by Ken Okuyama Design, with the ends intended to resemble the Tokyo Skytree, Japan’s tallest structure, earning the nickname ‘Skytree Liner’. The livery uses a champagne beige base colour to reflect affluence, highlighted with forest green to symbolise nature and the railway’s corporate blue.

Interior lighting is inspired by the waves of the Kimu and Sumida rivers. The 161 seats are upholstered in Edo purple with traditional dragonfly patterns, and spaced at a generous 1 000 mm pitch. At-seat power sockets and wi-fi are provided, while each unit includes an accessible toilet.