Diesel locomotive rebuilt as an electric 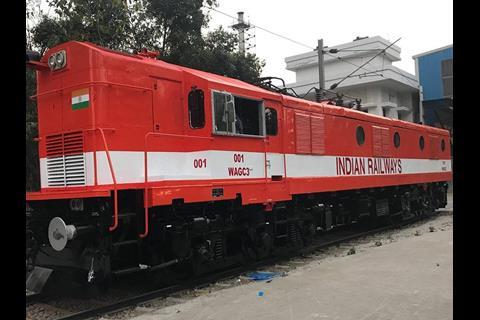 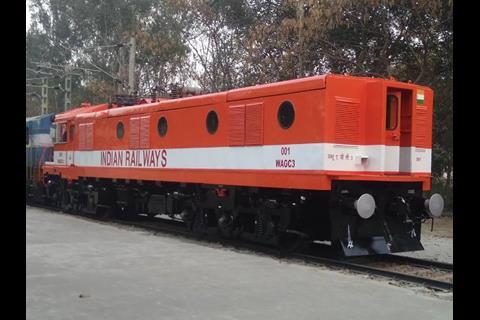 INDIA: A prototype twin-unit electric freight locomotive is being produced at the Diesel Locomotive Works in Varanasi by rebuilding two diesel locomotives.

The 12-axle WAGC3 locomotive is to be formed from two permanently-coupled sections each rated at 5 000 hp, compared to 2 600 hp for each of the original WDG3A diesel-electric freight locomotives.

DLW said the project was being undertaken with a ‘crack team’ of engineers from the Research Design & Standards Organisation, Chittaranjan Locomotive Works and Bharat Heavy Electricals Ltd.

The frames, bogies and traction motors of the diesel locomotive have been retained, and combined with the sidewalls and roof from a withdrawn WAM4 electric locomotive. The electrical systems are based on a WAG7 electric locomotive, while the original Alco diesel engine has been discarded.

DLW said conversion of the first section was completed on a short timescale. Work began on December 22 and the rebuilt unit was ready for testing February 28. Production of the second section is now underway.

If the conversion proves successful, further diesel locomotives could be rebuilt into electric locomotives instead of undergoing mid-life overhauls. This would help Indian Railways to expand its electric fleet to keep pace with the planned rapid roll-out of electrification infrastructure.

Minister of Railways Piyush Goyal‏ highlighted the use of indigenous technology under the Make In India initiative, and said the project would ‘give impetus’ to the government’s plans to increase the use of electric traction.