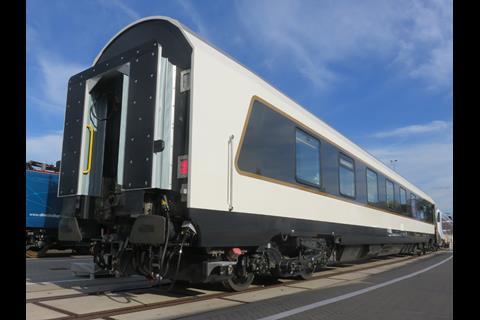 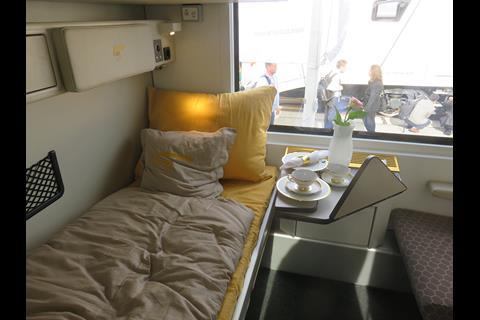 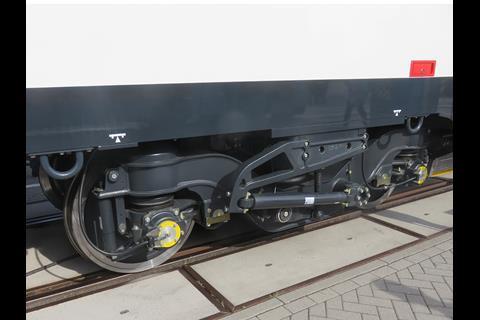 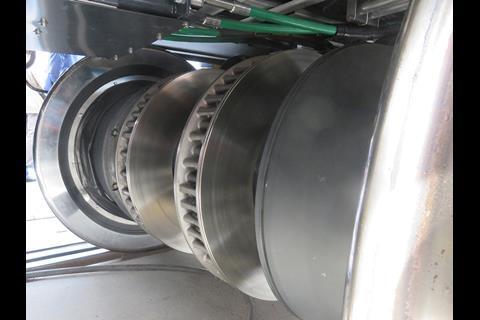 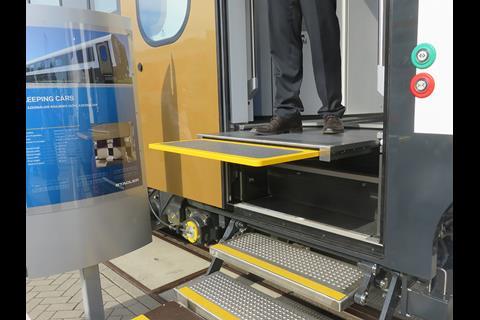 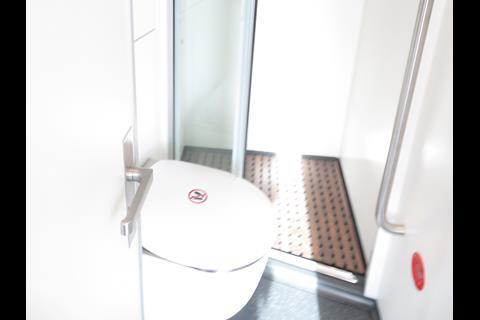 AZERBAIJAN: The first of 30 coaches which Stadler Rail is building for use on overnight services on the future Baku – Tbilisi – Kars – Istanbul route was unveiled at InnoTrans 2016. Deliveries are scheduled to start this year and run until mid-2017.

The coaches may initially be deployed on ADY domestic services or routes to Russia, as the launch of the Istanbul route is dependent on the much-delayed completion of the cross-border link from Turkey to Georgia.

The order placed by national railway ADY in June 2014 marked Stadler’s entry into the Azeri market, and includes the supply of spare parts as well as staff training. There is an option for a further 70 vehicles.

The 160 km/h coaches are assembled from extruded aluminium sections and meet the GOST and UIC requirements. The DB AG/Rafil Type V adjustable wheelsets supplied by BVV will enable them to run through from the 1520 mm broad gauge used in the former Soviet Union to the 1435 mm standard gauge in Turkey. Gauge-changing equipment is to be installed at Akhalkalaki near Georgia’s border with Turkey, and according to Stadler it will take around 5 min for an entire trainset to change gauge at low speed without needing to stop. The wheelsets are also compatible with other variable gauge systems along the borders of the 1520 region.

The 30 vehicles will operate as three 10-car sets each offering a total of 257 berths. All the cars have redundant air-conditioning systems designed for temperatures from -40ºC to 45ºC, controlled-emission vacuum toilets and an emergency generator which can provide power for 24 h.

The doors are fitted with retractable steps suitable for multiple platform heights between 200 and 1 100 mm, with sliding elements to cover the gap between the train and the highest platforms.

There will be three accessible cars each with four four-berth second class compartments, a train manager’s compartment and a spacious compartment for disabled passengers. These cars will be fitted with a UPL-300 wheelchair lift supplied by Swedish company U-Lift, which Stadler commissioned to develop an all-electric design to avoid the need for hydraulic fluid on the night trains. There will also be three 28-seat dining cars.