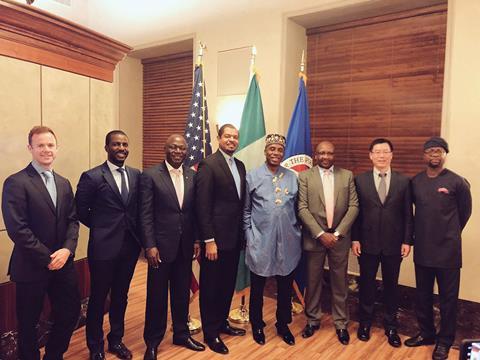 NIGERIA: An agreement to proceed with the interim phase of a concession to upgrade the 1 067 mm gauge rail network was signed by federal government and an international consortium on April 27.

The scope of the interim phase includes infrastructure rehabilitation works and the supply of an initial 10 locomotives and 200 wagons to augment Nigeria Railway Corp’s existing fleet. This would supported an increase in the frequency of passenger services, and raise freight haulage capacity within 12 months from less than 50 000 tonnes/year to about 500 000 tonnes/year.

Once the interim phase is underway, the consortium is expected to negotiate terms for the ‘substantive phase’ of the concession. This would expand the fleet to 200 locomotives, deliver more rolling stock and include ‘comprehensive’ infrastructure rehabilitation to enable ‘the return of rail transport as a key element in enabling the country’s socio-economic development’, the consortium said.

Minister of Transportation Rotimi Amaechi said the ‘milestone project’ was ‘an unprecedented commitment’ by the government, adding that modernisation of the infrastructure would ‘add immense value to Nigeria’s long term economic growth and productivity’. This would be ‘an important catalyst for small and medium enterprises and a key provider of almost incalculable socio-economic benefits for the many Nigerian towns and villages through which the rail network passes’, he believed.

GE is ‘committed to the sustainable development of Nigeria and as such we are delighted to have reached this crucial stage of the project to revamp and revitalise the country’s legacy rail infrastructure system’, said Lazarus Angbazo, CEO of GE Nigeria. ‘The consortium looks forward to commencing execution of this interim phase with the continued support of the federal government and the Ministry of Transportation. As operations begin, our strong partners, such as Transnet and SinoHydro, will bring their strong operating and development skills to the forefront.’

SinoHydro Chairman Ding Zhengguo said Nigeria is ‘a country with huge potential’ and the Chinese company was ‘very excited to partner with this resourceful consortium to deliver value.’