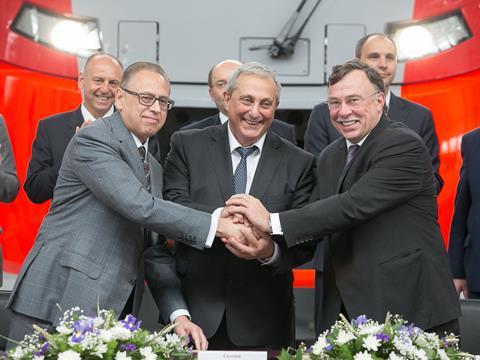 RUSSIA: The Ural Locomotives joint venture of Siemens and Sinara Group formally launched production of a ‘premium’ version of the Lastochka electric multiple-unit family at its factory in Yekaterinburg on July 9.

The Lastochka Premium EMUs will be based on the Lastochka (Desiro RUS) units which are currently produced at the Ural Locomotives plant, but with interior changes to make them more suitable for longer-distance routes of around 200 km. There will be more comfortable seats, toilets in every car, power sockets and wi-fi. They will also incorporate a higher proportion of domestically produced components than previous Lastochka EMUs.