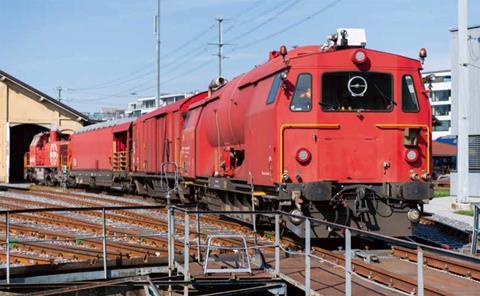 The locomotive-hauled trains were originally supplied to SBB by Josef Meyer, Cattaneo and Dräger Safety in 1996. Each comprises a fire­fighting vehicle, an equipment car and a rescue car.

Changing Swiss safety standards led to the LRZ96 trains being replaced by six LRZ18 trainsets in 2018.