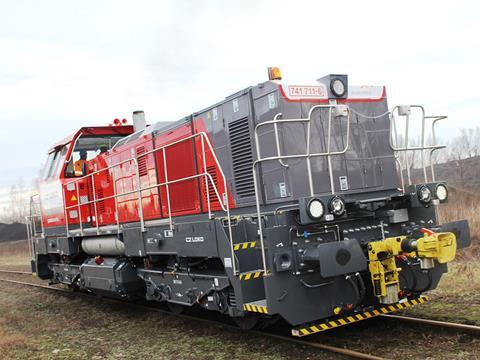 CZECH REPUBLIC: The first of 20 Class 741.7 diesel-electric locomotives which CZ Loko is to supply to the Czech Republic’s largest steelworks this year under a 10-year leasing and servicing deal was handed over on January 28.

The ArcelorMittal Ostrava plant has 190 km of internal railway carrying 1·7 million tonnes/year. The Class 741.7 locomotives will replace a fleet of 28 diesel locos dating back to the 1970s and 1980s, improving safety, efficiency and environmental performance.

Prototype 741.701 was leased by Unipetrol Doprava in 2009, and series production started in 2010. Four locos have been delivered to Viamont DSP (now Strabag), one to SD-KD and two for CZ Loko’s own leasing pool. Two more have been supplied to Turkey’s TCDD as Marmaray tunnel rescue locomotives.