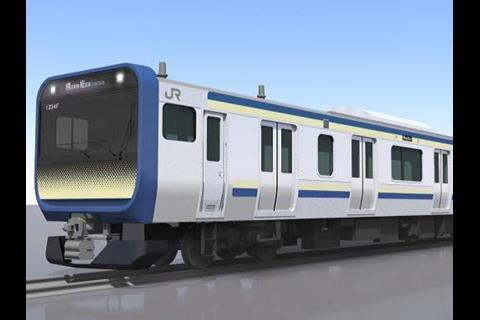 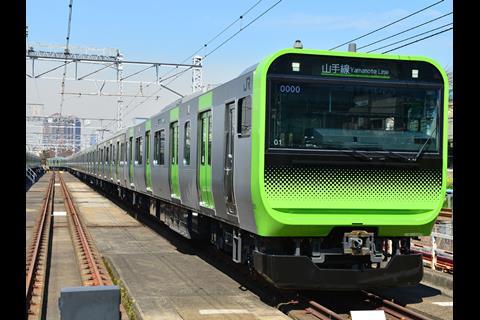 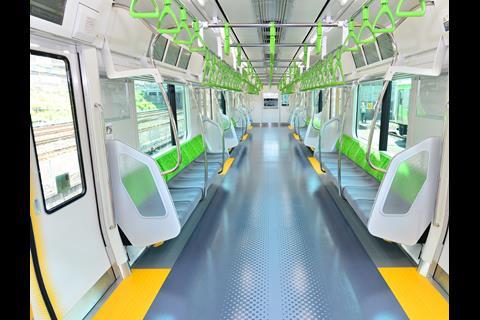 JR East is currently rolling out a batch of 30 11-car E235 trainsets on the busy Yamanote Loop. These have six motor cars and five trailers, and are fitted with silicon carbide traction controls to improve energy efficiency. Maximum speed of the 1 067 mm gauge EMUs is 120 km/h.

The new build to be introduced from 2020 will comprise 51 11-car and 46 four-car units. These will be deployed on the 73 km Yokosuka Line between Tokyo, Zushi and Kurihama, with some trains running though to form Rapid services on the Sobu Line between Tokyo and Chiba.

They will have similar traction equipment to the previous build, and will be able to operate in multiple to form 15-car trainsets with eight powered vehicles on the route north of Zushi. The units will be equipped with battery energy storage so that they can be moved in the event of a loss of overhead line power.

Unlike the Yamanote Line trains, the new build will include a pair of double-deck Green Car trailer vehicles, similar to those used in the Series E217 sets that they will replace. As well as LED interior lighting, the passenger facilities will include free wi-fi; at-seat power sockets will be provided in the Green Car vehicles.

In the longer term, JR East is reported to be considering a further build of E235s to replace its existing Series E231 EMUs on the Tokaido, Utsunomiya and Takasaki suburban lines.