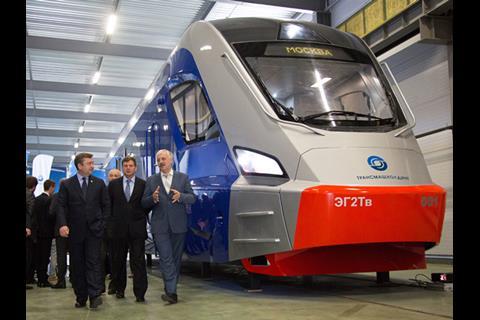 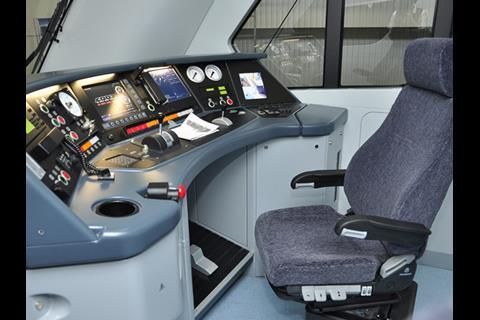 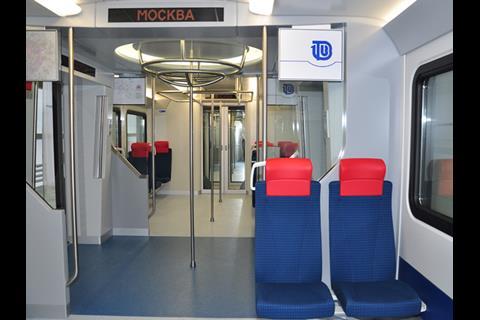 RUSSIA: Transmashholding’s Tver Carriage Works unveiled a mock-up of a planned modular electric multiple-unit family on May 15, and expects to test two prototypes later this year.

The EG2Tv is intended to combine modern technology similar to that used by foreign rolling stock manufacturers with the Tver plant’s lower costs and century of experience of Russian operating conditions.

The exterior and interior design has been developed by Spanish firm Integral Design & Development. Customers would be able to specify units of four to 12 cars, with interiors configured for local, regional, long distance or airport shuttle services. A basic seven-car set could have a capacity of 1 250 passengers, with spaces for wheelchairs and an accessible toilet. Maximum speeds between 120 km/h and 160 km/h will be offered, and a 250 km/h option is planned.

The 3 kV DC overhead electric unit would be rated at 5·2 MW, with the motor cars having an axleload of 21·5 tonnes and trailer cars 19 tonnes. The design life would be at least 40 years.