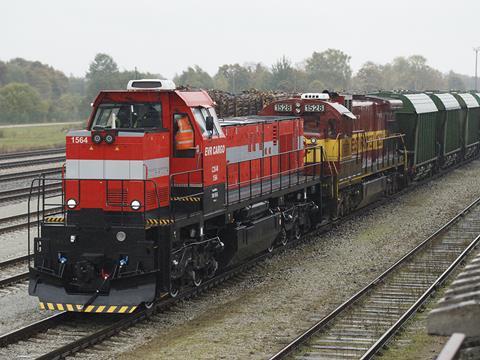 ESTONIA: Freight operator EVR Cargo has begun testing the first of its GE-built C30-7Ai Co-Co diesel-electric locomotives to be extensively rebuilt at its Tapa workshops.

The modernisation of the 19 locomotives is being undertaken in collaboration with Czech supplier CZ Loko.

The appearance has been drastically altered, with only the frames and bogies retained. The new design offers increased visibility from the driver’s cab and the ability to operate in multiple.

The C30-7Ai locomotives were built in the 1980s by GE in Erie as C30-7A, originally for Conrail. They subsequently ended up with CSX and Norfolk Southern, before being rebuilt as C30-7Ai in 2003 for use in Estonia.