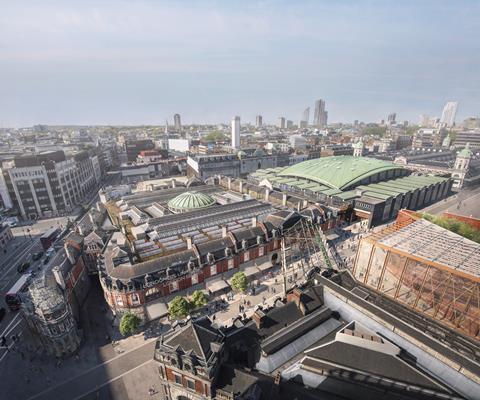 UK: The City of London has awarded Dyer & Butler a contract for strengthening works over the Snow Hill Tunnel between City Thameslink and Farringdon stations as part of the £337m development of the new Museum of London site at West Smithfield.

The project will include extensive temporary works to support the market building whilst the foundations are transferred to the new tunnel lids; a reduction of the depth of the structure to form the new museum structural deck; removal of overburden above the existing tunnel lid jack arches; dismantling of the historic façade; and the installation of strengthening steelwork and steelwork design in the tunnel vaults as enabling works for Network Rail’s installation of new road-rail access points.