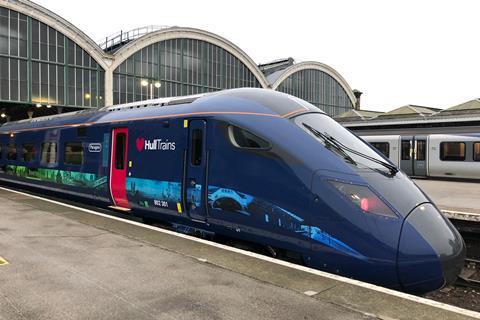 UK: Open access operator Hull Trains announced on March 29 that was temporarily suspending services with effect from midnight, in a move which it said aimed to ‘safeguard the future of the business’ in the ‘unprecedented circumstances’ of the coronavirus pandemic. Arrangements have been made for tickets to be accepted by other train operators.

As a non-franchised operator, Hull Trains must survive on a purely commercial basis. It said the number of passengers had dropped significantly since the government issued national guidance calling on people to stay at home and stop all non-essential travel, and it had not been offered the additional financial support from the government which franchised operators have been offered through Emergency Measures Agreements. 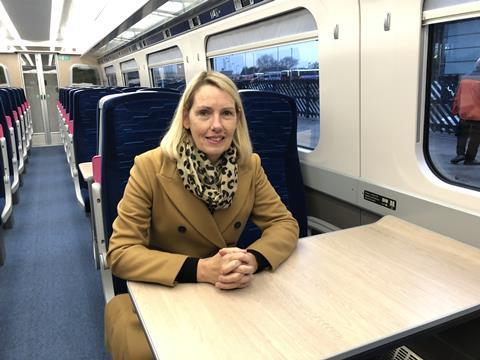 ‘We have explored every avenue to try and keep trains running but sadly it is not currently financially viable to run our services’, said Managing Director Louise Cheeseman. ‘We play a vital role in the regional economy, as recognised by our local MPs, and we fully intend to resume operations as soon as we can.’

Cheeseman said the move ‘protects the long-term future of Hull Trains and our people’s jobs which is important as it will allow us to reinstate operations quickly when possible.’

Steve Montgomery, Managing Director of the rail division of Hull Trains’ parent company FirstGroup, said ‘in line with the entire rail industry, passenger volumes at Hull Trains have reduced substantially since mid-March and even with the steps we have taken to reduce the timetable we’re operating, current passenger numbers make it impossible to maintain the ongoing level of losses we have seen.

‘We have sought agreement to be included in the government emergency measures but, as an open access rail operator, this has not been afforded to us.’

He added ‘our commitment to Hull Trains and the entire East Yorkshire and Humber community is as strong as ever, as evidenced by our recent introduction of a £60m fleet of new trains, and we look forward to re-starting the service as soon as we can.’

Responding to the announcement, General Secretary of the RMT trade union Mick Cash said ‘this decision affects 130 rail staff around the Hull area and they must be treated as an absolute priority.’ The union wants ‘the company and the government to guarantee ‎wages at 100% and not some reduced rate and we also expect jobs, service, pensions and conditions for these rail staff to be fully protected throughout this crisis.’