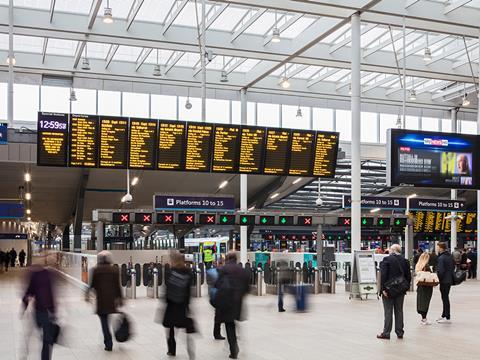 UK: The Office for Statistics Regulation has published an assessment of the National Rail Passenger Survey statistics produced by Transport Focus.

The statistics have been produced for the last 20 years and have been included as a performance measure in franchise agreements since 2008.

OSR has concluded that the statistics ‘substantially’ meet standards set out in the Code of Practice for Statistics, and include some areas of best practice. However, they need development and investment so they can be designated as a National Statistic.

Two areas need to be addressed.

Firstly, the survey measures passenger satisfaction during 10-week periods each spring and autumn. These means it does not capture the impact of the May and December timetable changes, short-term effects following the January fare increase, or extreme weather at other times of the year.

Secondly, there is a need to capture broader passenger satisfaction based on an operators’ overall level of service, and not just the last journey taken.

‘The NRPS statistics really matter as they are used as a key performance indicator for train operating companies, to hold the rail industry to account and to assess the quality of train services provided to passengers’, said Ed Humpherson, Director General for Regulation at OSR, on January 8.

‘These statistics are also the only publicly available measure for understanding rail passenger satisfaction across the rail network. Substantial collaborative action by Transport Focus, the Department for Transport and the rail industry is required to enhance the public value of these important statistics, so that they can be relevant and underpin an evolving rail industry.’

Transport Focus Chief Executive Anthony Smith said the report ‘acknowledges our efforts to continuously improve and innovate, and shows that the research is well on its way to being designated a National Statistic.’ He said the Strategic Road Users Survey ‘is already continuous, so we know that further investment to extend the rail survey would boost the usefulness and reach of this insight.’